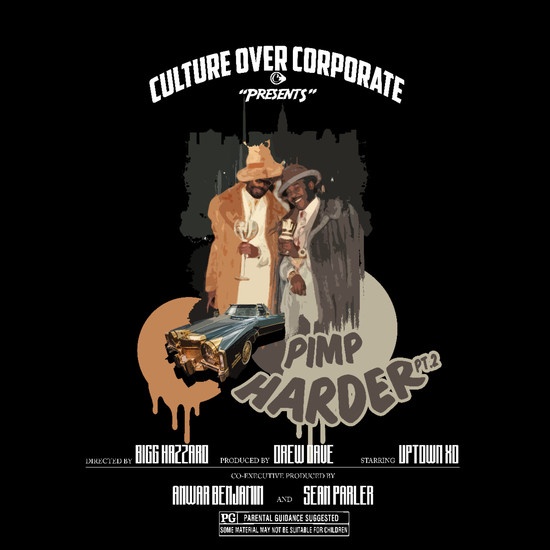 “I gotta tell the city’s story now that it’s gone.”

That lyric hits hard and early on “Culture Over Corporate,” the first of several new albums from the veteran District rapper Uptown XO. But it’s the final syllable that leaves the bruise. With his hometown awash in gentrification, XO knows the city he grew up in isn’t disappearing. It’s gone.

He’s still here, though, and his strange surroundings have changed how he raps. “I used to write street stories, but lyrically, I’m past that,” XO explains over lunch – a bright orange plate of General Tso’s at an eatery on 14th Street NW. “I want to preserve, not my truth, but the truth. My stories aren’t as important as the overall story of oppression… I want to motivate people to think so that we’re not being taken advantage of by what we don’t know – which is most business models. Consume, consume, consume. But intellectually, we’re still starving.”