Shot in East London and directed by Will Beach (Octavian, IAMDDB) ‘Public Enemy’ is a cinematic style video, paying homage to the 90’s depicting INFAMOUSIZAK as a public enemy, playing on the infamous part of his moniker.

INFAMOUSIZAK is an entirely self-sufficient artist: producing, writing and singing all of his work. Building on the blueprints of grime and UK rap, his sound pulls in references that span the full spectrum of hip-hop, carving his own lane in the ever-evolving sound of urban music. 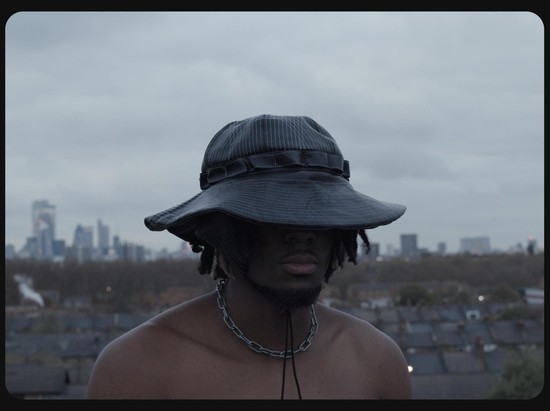 The track, co-signed by STORMZY follows on from his previous single ‘No L’, championed by BBC Radio 1, BBC 1 Xtra and Capital Xtra. Having performed at London’s Boiler Room Festival, INFAMOUSIZAK has also supported the likes of Lil Tjay, Santino Le Saint and Maxo Kream. As well as being named in this year’s NME 100, the ongoing support for INFAMOUSIZAK only proves his ability to push boundaries and is quickly establishing himself as one of this year’s most exciting artists to watch.