JAY, Joseph Lopez, is a Hispanic 15 year old musician/songwriter and over all music lover. Ever since he was a small child music has been a major part of his life. “I’ve always had a passion for music, and an ambition to create” says JAY. He grew up playing in the church watching and feeling the worship music and started playing drums when he was around six years old. At age nine, he picked up his first acoustic guitar and started the journey of writing as he learned different styles of music from his dad. 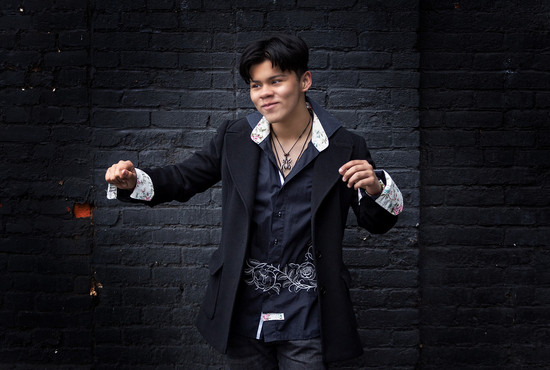 While having a passion for music Jay’s parents have an amazing passion for missionary work, specifically for unfortunate children all over but mostly in Mexico where conditions are very poor. His family began to bake cakes and sell them to raise money for these missions with all the hard work and money raised for children in Mexico to have a pair of shoes on their feet. As a family they go out to the mission field every 2 years, with all the money raised from those prior 2 years. Wanting to use his talent to help his family to raise money for this cause, Jay started releasing music late 2018. Jay states, “I released an EP in May 2019, titled “Helping Hand”. It was there that the Helping Hand Foundation was born bringing music to the missions and worshipping with people in need. I also believe that music brings everyone together. Because in reality, music is a universal language. I think it’s amazing that you can create something beautiful out of nothing.”