Kentucky’s dark country act LOST DOG STREET BAND is preparing to embark on their latest tour in support of their acclaimed fifth album, Weight Of A Trigger. With the new trek just days away, the band has also posted a video for a new song. LOST DOG STREET BAND is the creation of guitarist, vocalist, and primary songwriter, Benjamin Tod, typically alongside his wife Ashley Mae on violin and vocals, as well as touring upright bassist/vocalist Jeff Loops as seen in the new video for “Fightin’ Like Hell To Be Free.” 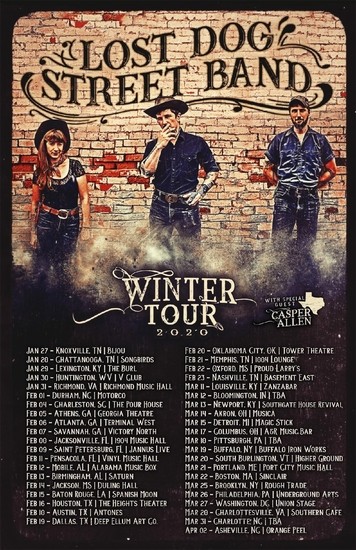