“Forgiveness” DeepC Divers begins with a gentle piano intro, followed by an equally gentle lead vocal. It all has many earmarks from 70s soft-rock. It’s sensitive and melodic, like much of the popular adult contemporary music from that era. 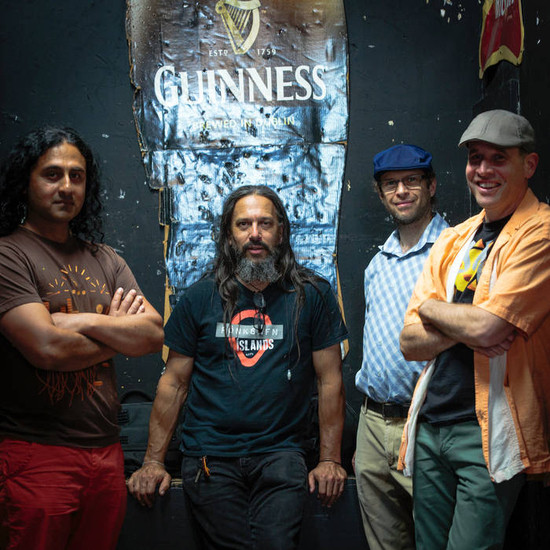 Sonically, the track’s piano-backed arrangement is later joined by violin. The sound is pop; albeit with a chamber-pop vibe also running through it. The song also includes a melodic electric guitar solo. Toward track’s end, the song gets fuller with added backing vocals.

It’s a little tough to figure out what ‘forgiveness’ means to this group. One can probably rule out the spiritual definition of the word because none of these lyrics speak to God’s forgiveness of mankind, nor does it address man’s forgiveness for his fellow man. Instead, this forgiveness might refer to forgiving one’s self. The song’s words say a lot about growing up and learning what life’s all about. When we’re just starting out, just learning, we make a lot of youthful mistakes. Maybe the protagonist in this song has found a way to forgive himself for his younger
missteps.

These youthful errors also sound to be ones of a romantic nature. The singer sings about not comprehending some of the mysteries of love. When we’re young, we tend to go into endeavors headfirst – romantic love not excluded. It can oftentimes look and feel like the blind leading the blind because – well – it many times is just that.

DeepC Divers is a band from Boston. It’s a group that also works a lot of funk and reggae into its sound. However, you would never guess either of these influences from listening to “Forgiveness.” Instead, this song sounds more like something Barry Manilow or (non-rocking) Elton John might have tracked in the 70s. However, the musical style perfectly fits the lyrical elements. You don’t need to get down, get funky while thinking about your past, nor does Jah need to guide I & I through youthful experiences.

A song like “Forgiveness” fits into that point during a live set when the audience has become tired and sweaty. People need a moment to chill; a band shouldn’t work an audience out too much.

“Forgiveness” is not one of those obvious and straight to the point songs. It’s not, say, like so many Bryan Adams singles, where you know exactly where the song is going after just one verse. Rather, DeepC Divers keep their cards close to their vests throughout. It’s always smart to leave room for audience interpretation. If a lyric is too singular and too personal, it’s also not always relatable. Therefore, listeners can well insert their own life experiences within some of the song’s open lyrical spaces.

From what we know about DeepC Divers, this song’s style is not representative of what the group does most. Nevertheless, it’s also nothing to be ashamed of, either. It shows character when a band can get vulnerable with its music. Maybe a better word is maturity. Maturity may annoy the very young, but adults live to be called mature. With “Forgiveness,” DeepC Divers have given us a deep and lovely pop tune.