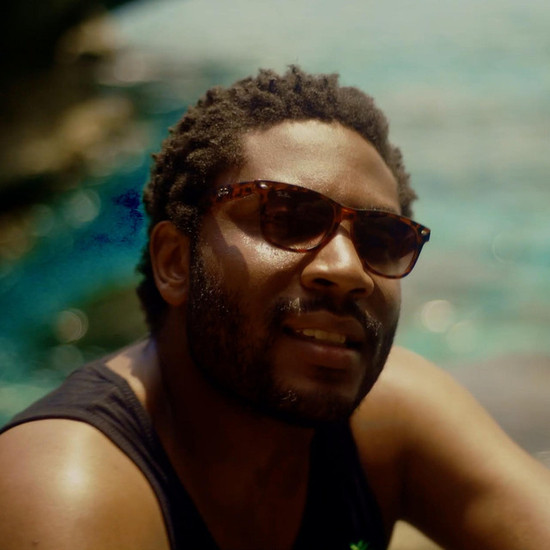 A harmonica adorns the soft waves of an acoustic guitar melody. The strings play on as the harmonica fades away, but they aren’t alone in their strut for very long. A prideful voice belonging to none other than Jonathan Emile joins the guitar only moments later, exuding a gorgeous harmony against the backdrop of the instrumentation that is immediately recognizable as being his and his alone. This is “Moses,” the new single from Jonathan Emile, and its fusion of American folk-rock aesthetics and Jamaican mento, reggae and worldbeat is creating a sound that quite a few people have been taking close interest in lately – this critic included. “Moses” is an exotic release for the winter season and, simply put, a wonderful moment for the independent pop artist who wrote it.

Both the song and its music video boast some exceptional mixing, and personally I think that there is just as much to be said about the production quality here as there is the actual content of the music itself. Beneath the deceptively simple front that “Moses” puts up, there’s a lot of detail to the mechanics utilized by Emile in the creation of his string harmony. He’s almost out of breath in the chorus, as if to suggest a heartache that cannot be satisfied. His tone, the texture of his vocal, even the way that he intertwines with the guitar parts and then retreats to let the harmonica fill in the ends; it’s all a part of his plan to make us feel what he’s feeling right now.

I wasn’t familiar with the work of Jonathan Emile before now, but “Moses” absolutely inspired me to take a closer look at his collective discography and I was quite impressed with what I heard. With new music on the way in 2020, he’s definitely setting the right tone by dropping this latest single and its video, and if he makes his way onto the road this year in the western United States, I hope to have a chance to hear him play live for myself. There’s a lot of ground for him to cover still, but this is a winning number without question.