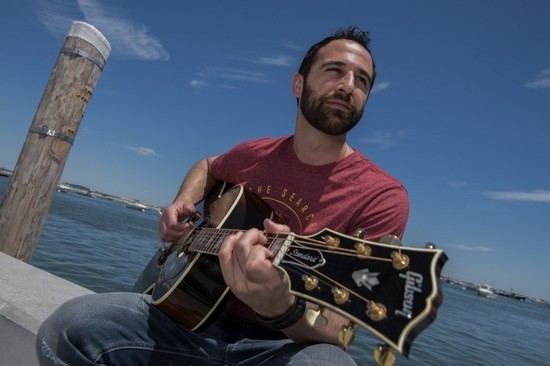 Billboard charting independent artist My Silent Bravery released its new album ‘Holding Out for Hope’ today. Matthew Wade, My Silent Bravery’s brainchild, once again teamed up with Jimmy McGorman of the Goo Goo Dolls who co-wrote and produced MSB’s 7th full length lp. It features the singles ‘Hideaway’, ‘After the party,’ ‘Hey Miss’ and ‘Holding Out (featuring Maurico)’. The new single, ‘Something Beautiful’, will be featured on the Season Premier of the new season of Criminal Minds which airs Wednesday, January 8. Mostly known for acoustic pop-rock songs, My Silent Bravery has begun to branch out with his sound and add more beat driven and electronic elements. When asked about the new sound and album, Wade says “Holding Out for Hope” is about exploring new ground and remaining hopeful in the process. Good things are going to happen when you keep fighting for what you want. Great things take time. Hope is stronger than fear. Don’t worry have faith that it will all work out and it will, just maybe not as you had planned it.”

My Silent Bravery will be performing songs from the new album while traveling across the pond for a European tour from January 11 – January 31 supporting The Calling.