Alternative Rock band Little Us, recently released a heart wrenching three-song concept EP. It embodies the struggles of depression, anxiety and a loss to suicide. The emotions in these songs are widely experienced yet seriously overlooked. The band expressed, “Writing these songs is what lifted us out of a dark place in our lives and we intend to help others do the same.” 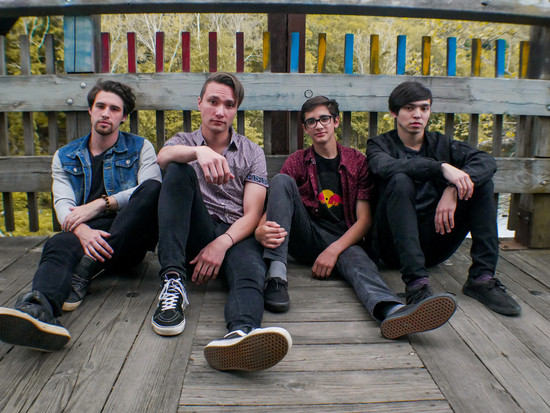 “Something Real” (Music Video) – The debut song tells the familiar story of a pure soul being corrupted by judgement that may ultimately lead to the downfall of all their hope.

Amelia Vandergast (A&R Factory) on their lead single, “Something Real is the most innovative Hard Rock single I’ve heard this year. There, I said it.”

“You’ll Be Fine” (Music Video) – This second single deals with the seemingly endless battle of anxiety. The music takes the listener through a hectic state but then drops them in a temporary steady ambience. It depicts the constant fight to suppress an uneasy headspace which will only live to victimize another day. We wanted to tell our listeners: it will get better and that one day “You’ll Be Fine”.

“Don’t Let Go” – A song written to express a situation no one can ever be prepared for; the loss of a friend to suicide. The song carries a sad tone while keeping an upbeat feel which illustrates the shock and disbelief we faced with after hearing the news. The purpose of this song was to encourage people to lend a helping hand to those who need it. We wanted to emphasize that everyone matters and there will be a brighter day.