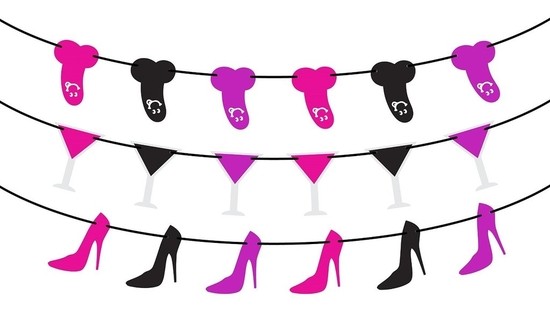 Fifty years ago, the industry was not as big as it is today. In fact, in most countries, it didn’t exist. Perhaps, what is to thank is the skyrocketing of educated people in many countries. Perhaps, it is the wave of political correctness sweeping across all continents. That barely matters. What matters is that it’s here.

As good as all of it seems, there is one question that won’t go away. This question existed twenty years ago, and it exists now: what is the correlation between male strippers and sex? Rightfully, a valid question. To answer this question, however, we must look at quite a lot of things. In the course of this article, you will find the answers you need.

Who are male strippers?

Male strippers are exotic dancers who are paid to perform adult dances, often having sexual intonations, in revealing costumes for women and men. Many male strip clubs exist, and yet when the word ‘strip’ comes into conversations, most people automatically think of a woman. A sexist problem that just won’t totally go away.

It really isn’t difficult to imagine what a male stripper looks like. Imagine a female stripper, but instead, it’s a young man with a ripped body and an attractive face, performing dances for an audience.

For most strip clubs, customers are restricted. Touching the dancer is not allowed and could get you thrown outside the clubs. Some clubs, however, allow it. The point is that when you go to a strip club, you shouldn’t expect anything more than dancing. Some clubs ban their dancers from having anything to do with the customers.

Ever wondered what it’s like in the life of a male stripper? Of course, you have. Maybe you have fantasized about being one, too. That’s okay. We all have. Male strippers usually have good things to say about their jobs. Surprisingly, it isn’t entirely a bed of roses. Stripping isn’t all fun, they say.

If you have seen the popular movie: Magic Mike, which is a portrayal of the lives of male strippers who want to earn money on the side, you’ll find out it isn‘t all great – at least that’s what the movie portrayed. Channing Tatum, who plays the major character in the movie, faces all kinds of turmoil while trying to balance his stripping career with his real life and real relationships.

As you can probably imagine, balancing both worlds is no easy feat. Channing Tatum himself, when asked about life as a stripper, said, “It isn’t all great, to be honest. Many people imagine it to be a wonderful life, and while it’s certainly cool, it isn’t a bed of roses“. Besides playing a stripper in a no-doubt well-researched movie, Channing was a stripper himself before he got into Hollywood. So you can probably take his words as the truth.

Many strippers say that while they enjoy the attention the girls dish out in enormous amounts to them, they may sometimes get tired and overwhelmed. Some say it’s all fún in the beginning, but soon they get tired of being seen as a sex object.

One stripper said, “Yeah, sure, I enjoy it, but you know, it’s hard to lead a normal life outside the strip club. My relationships don’t usually last long. When girls know about what I do, they love me, but after a while, when we’re closer, the insecurities creep in. The funny thing is I don’t blame them. I put myself in their shoes, and I totally get it“.

What is the connection with sex?

Being a stripper certainly isn’t all fun. If real-life strippers have complaints, well, it must be true. But what exactly is the correlation between stripping and sex? Are they even connected at all? Is it some sort of buy-one-get-two deal? What should you expect?

Well, here are the answers: there really isn’t. There isn’t a connection. Going to a strip club doesn’t guarantee you get to rumble in the sheets with any of the attractive dancers. In fact, you might not even see them outside the stage. Certainly, because of the sexual intonations that dancers put out, many customers would want nothing more than to go to bed with them. Many managers frown against having any sexual activities with clients, especially outside the stage.

One manager who runs a high-profile strip club in Sydney says, “I tell my boys to stay away from sleeping with the girls. We don’t know many of them, and things can get pretty messy afterward. Of course, some stray away from my advice and still do it anyway. It’s hard to get them to stay away. They’re young, they’re exotic dancers, and well, you know how that is.”

Well, there you have it. Stripping and sex aren’t necessarily two peas in a pod. Granted, the act of stripping itself sells sex. But the dancers are human beings, and it will be terribly wrong to make them a sexual object. If you own a strip club or you want to throw a Hens Party Sydney, don’t look beyond Male Stripper Academy for your professionally-trained strippers.