Way To Go Radio are a new band hailing from Chicago. Their Debut album Barriers tries to navigate obstacles they faced, while trying to inject imagination back into music. They want to keep the focus there. “Dave and I would get criticized in reviews where they would write two paragraphs talking about our looks and say we were all about image. They would write how we were pretty boys and never mentioned the music once, so who made it about image?” So for now, we decided to take that away. Their social media is reserved for promoting their work. 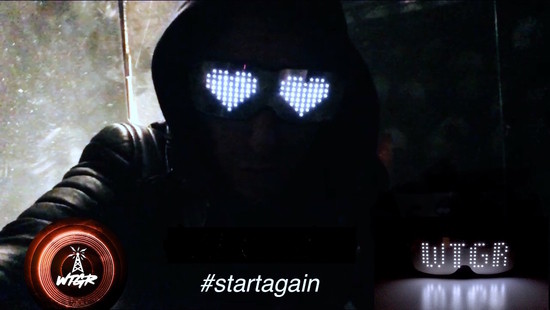 “We get wanting to share your thoughts and feelings, but our outlet has and always will be the music.” So that’s where people can see what’s going on with us. We feel it would weaken it if everyone knew what we did every moment of the day. It’s just not for us. We have been told that “quantity over quality” when it comes to posts. Repetition gets you in an algorithm and more people see your posts. We won’t operate that way. We could be fighting the current here, but we enjoy imagination, mystery and privacy.

They want people to connect with the music first. “I liked not knowing who the Weeknd were at first. I thought it was a band. The songs were insane. That’s what mattered. I remember hearing “Fall in Love” by Phantogram on the radio. Later at band rehearsal that day, three of us told each other we heard this song. We instantly knew all three of us heard the same song. Music can stop you in your tracks. It’s undeniable. I don’t care what those artists had for lunch or how many squats they did that day. It’s too much. We just want the songs. I know that’s not for everyone. We put so much care and detail into the sonics of this record. We hope people can hear and appreciate that, and that we offer something new. That’s the “content” were focused on. It’s exciting. We are ready to share it!”