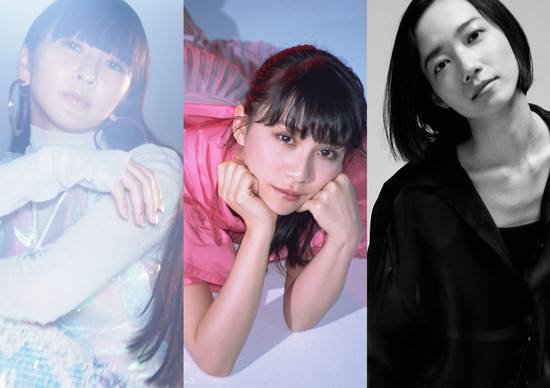 To coincide with the theatrical release of the movie “Shijinsou No Satsujin,” Perfume announce the release of the new music video for the song “Saisei,” which is a theme song for the movie. With the theme of “Saisei,” “play” or “replay” of video and/or audio in Japanese, this music video replays footage of Perfume’s past music videos combining them to create an incredibly cool lipsynch effect. The story around the video takes place in the future, thousands of years from now. Perfume wake up in a mysterious forest surrounded by trees until they stumble onto screens playing their memories from videos past. At the end of the video when Perfume disappear, there is a new sprout in the forest, representing the “saisei” (replaying or regenerating) of a new life, with their memories handed down to the next generation.

“For over a decade and a half, the trio known as Perfume have been on a path to change up what it means to a J-pop girl group. They’ve become representatives of futuristic, elegant electro-pop, and their most recent album Future Pop took steps that much further by weaving future bass into their sound.”
– Billboard

“Their highly anticipated festival set will mark a turning point for J-pop in the West, as well as an international career high for a group already celebrated as phenomenons in the Eastern music market.”
– PAPER