Bobbo Byrnes’ opens his single “Angelia” by announcing, “It’s snowing tonight downtown/But it’s warm in this bar.” This simple couplet highlights the refuge nature of drinking establishments. It’s a physical shelter from the storm, but drink can also be a used as an escape from more emotional types of storms. Byrnes sings the song urgently over a folk-ish acoustic guitar part at the beginning, before a rocking Springsteen-esque full band kicks in, complete with drums, bass, guitar backing vocal and organ. 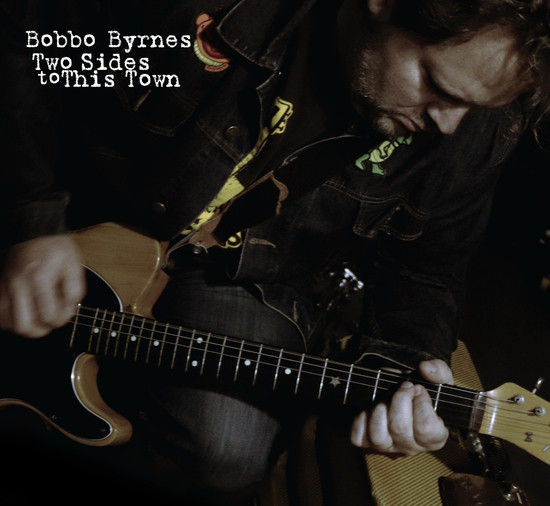 Byrnes has said this song also has political implications. Later in it he sings, ”There’s two sides to this town/No one’s right, no one’s wrong.” Perhaps, this simple statement is his Byrnes’ commentary on the divided nature of America these days. Citizens are quick to paint anybody with a differing political view as the bad guy, while framing themselves as the heroic good guy. Maybe, though, there’s a little good and a little bad on both sides.

Then again, the song’s title is a girl’s name. “Angelia/I wanna dream with you tonight,” Byrnes sings on the song’s chorus. The song’s meaning, then, may in fact be twofold. Sonically, Byrnes’ single is a powerful burst of sound. However, when he sings, “Make wishes on the satellites,” one is left feeling like Byrnes is giving into false hope. This line recalls a few memorable lines from Billy Bragg’s “New England.” “I saw two shooting stars last night/I wished on them, but they were only satellites/It’s wrong to wish on space hardware/I wish, I wish, I wish you’d care.” Similarly, it does not good for Byrnes to “wish on space hardware,” either.

Putting one’s trust in politicians and/or the government, can many times be just like having faith in satellites. Something profoundly spiritual happens whenever we wish upon stars – whether that spiritual experience is real or not. At least, though, stars are natural, whereas satellites are manufactured and faux stars, at best.

The song does break from its soulful, rock & roll bluster for a brief gentle section, before revving up again. It’s a little like pulling someone outside a noisy club to whisper in their ear before reentering the fray. “Angelia” is a great name for a song because it’s a relatively rarely heard name. Giving the song a girl’s name also personalizes it. Angelia may in fact be a composite of multiple girls, but for the listener, it helps to focus on one singular person while Byrnes sings.

While this song is distinctly a rocking track, it’s easy to also hear where Americana music fans will be attracted to it. It’s raw and sincere, just like the best country music, and it’s not all manufactured sounding, like so much contemporary pop music. Byrnes has one of those I’m-wearing-my-heart-on-my-sleeve kinds of voices, which especially helps him get the emotion across in this song.

Just as a bar can be a shelter from a storm outside, honest music — like this song — can also be a kind of shelter from the storm of heartless, lifeless popular music. Putting your faith in Byrnes’ music is akin to wishing on a bright shining star, instead of some useless space hardware.