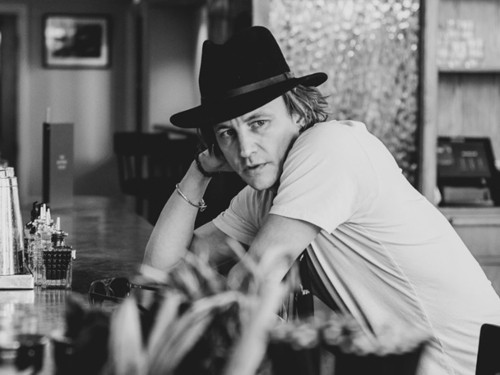 London based indie-artist Freeman has been busy with every musical responsibility possible: wrapping up an album, filming videos, and preparing for a worldwide tour. Yet in between the duties, Freeman always makes sure to spread love and positivity. His passion began early on, while the business side of music didn’t follow till later. He used music as a common ground to develop connections with others, and it was those relations that inspired him to release his music.

Following his first album Truth, comes Love made with 18 months of long nights and talented musicians. Freemans claims Love to be, “Retaining its truth and heartfelt rawness but with a bit more spit and polish!” Love will be celebrated with an international tour beginning with Brazil in October.The static TV screen with grainy visuals sets the theme for “Get Me Started.” The funk-infused 70s track with rock ‘n’ roll undertone is illustrated by teasing glances shared between Freeman and a pretty lady. The suggestive tension between the two is interrupted when a jealous man who notices the exchange challenges Freeman. Freeman does not back down, as the ending scene shows the lady and Freeman alone in the car together.

“Get Me Started” is supposed to do what the titles states, Freeman wants listeners to get up, sing along, and get their bodies moving. The groove-based tune is quite different than the rest of the songs on the track, but there is just enough rock to make sure it doesn’t stray too far away.