Christmas time, mistletoe and wine, children singing…the same songs every year. And adults too. No matter who you are. Or where you live. It remains the same. 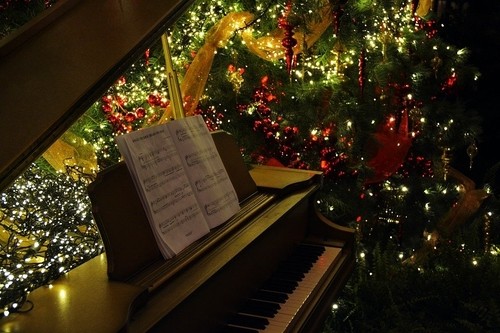 If you’ve never properly thought about it before, let that take a moment to sink in. We all listen to, play, and sing along to the same Christmas songs year in year out. It doesn’t seem to matter how old you actually are – everyone seems to like the same festive tracks, regardless of what year they may have been released. When it comes to Christmas music, apparently time and age are irrelevant. We love it, chances are you love it, your kids will love it – but the question is, why? Well today, we’re going to explore some of the reasons why we all love these classic tracks.

Christmas is About Tradition

There’s one thing that can’t be disputed about Christmas, and that’s that it thrives on tradition. It doesn’t matter how old you are, or what you want for Christmas. Last Christmas (I gave you my heart), you might have been buying rollerblades for someone, whereas now you might be searching high and low for Hamilton Los Angeles tickets for sale to buy them. Our age and requests might change, but the overall premise of Christmas never does.

Although every family harvests their own traditions, and it depends on where they are in the world, generally speaking Christmas is a celebration of tradition. It’s been passed down many generations and will do for years to come. Will the soundtrack remain the same? We can only imagine so.

People love Christmas because of its tradition. So maybe, just maybe, that’s the reason they love its music too.

They’re Only Listened to One Season a Year

Generally speaking, people only deem it acceptable to play and listen to Christmas songs throughout the month of December – or maybe late November, for those with early festive excitement. Sure, they might be played to death for one month out of the calendar year, but then we go a further eleven months without hearing them at all.

When you consider that, maybe the reason we don’t get sick of them, is because we aren’t given the chance to be. Any other genre of music can be played to your hearts content all year round, which inevitably takes some of the shine off it – whereas Christmas songs are especially reserved for December. Overfamiliarity breeds contempt, and Christmas songs are like special friends we only see once a year. That makes sense, right?

Ah, nostalgia – an old friend to us all.  And what’s more nostalgic than the same Christmas songs you heard when you were five years old? Not a lot.

Music takes us back to a time, a place and a feeling. If you have fond memories of family Christmas’ growing up that are linked to these songs, it’s perfectly natural to be filled with a warm feeling of sentimentality when you hear them. Maybe this is why we listen to them year in, year out.

They Often Carry Messages of Hope, Happiness and Love

Finally, Christmas songs for the most part will be laced with messages of hope, happiness and love. All of which make for good feeling when listened to. Maybe this is why we listen to them at Christmas time.

Above all else, the season is about being healthy, happy and surrounded by the people you love. If you’re lucky enough to have these three things – as not everybody does – it’s no wonder that we keep the same soundtrack to accompany this year in, year out.

There’s not a lot instills us with festive feeling more than the opening chords of Fairytale of New York, so we intend to keep our Christmas soundtrack the same for years to come. Do you?