Sometimes the simplest visual metaphors are the most powerful ones. Drea Jeann’s luminous video for “Come Back To Me,” her latest single, contains elemental imagery – but that’s what allows the clip to communicate as effectively as it does. The singer and her lover are depicted as underwater swimmers, completely subsumed and far under the surface, fighting against the tides and currents of happenstance to reach one another. Anyone who has ever been in a relationship will recognize the emotions that Drea Jeann is channeling, and sympathize with her struggle. 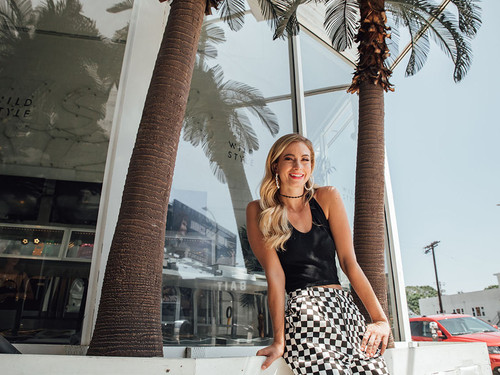 If that sounds immersive to you, well, that’s exactly the kind of sophisticated, intoxicating, grown-up pop music Drea Jeann makes. The Bay Area singer creates songs that elicit deep feelings of sympathy from her audience: she connects effortlessly with her listeners, and she makes every lyric count. (Sometimes, when it’s called for, she even makes them sting.) Although she’s a skilled, flexible vocalist with deep roots in jazz and musical theater and an impressive facility with electronic music, too, she doesn’t lead with technique. Drea foregrounds her sincerity and honesty, and always puts the needs of the song first.

And a track with the depth of sentiment of “Come Back To Me” requires quite a bit of nuance. This is no simple love story Drea Jeann is telling: it’s a complicated and difficult scenario, and, with typical candor, the singer doesn’t hide its dark and turbulent dimensions. Obsession, unrequited passion, self-doubt, perseverance through interpersonal challenges – it’s all there in her magnetic performance. This isn’t the sort of material that the typical pop singer is comfortable handling, but Drea Jeann is far from a typical singer.

She no typical film performer, either. Although her career is still quite young, she’s already distinguished herself as a winning screen presence. “Faithfully,” her last video, cast her as a soldier’s wife, waiting with longing and barely suppressed anxiety for the return of her husband. The song and video were independently released, but they’ve already racked up thousands of views on YouTube and other streaming services. She cuts a dazzling figure in the “Come Back To Me” video, too: her underwater sequences are both gorgeous to behold and tremendously illustrative. Fear, desperation, frustration, and crazy, fiery love are all legible in her expressions, and those of her estranged boyfriend, too. And just in case the full range of Drea Jeann’s emotions escape you (not likely), we’re also appending the elegant lyric video for “Come Back To Me” to this release, so you can read along with every pained and passionate word she sings.