The drums slowly click into place and usher in a harmonious piano part as “Never Gonna Let You Go” starts to play. One of the cornerstone compositions of the new album from Rob Alexander, Being Myself, “Never Gonna Let You Go” wastes no time in casting a spell as big as the instrumental melody it greets us with at the onset of its tune, but what comes in the next few minutes is anything but overindulgent in nature. From an instrumental perspective, the music in this track is about as far away from the crude excesses of the Billboard charts as one can get without embracing the avant-garde stylings of an emergent alternative culture; put simply, this is meat and potatoes piano pop customized for a highly discriminating generation of listeners. 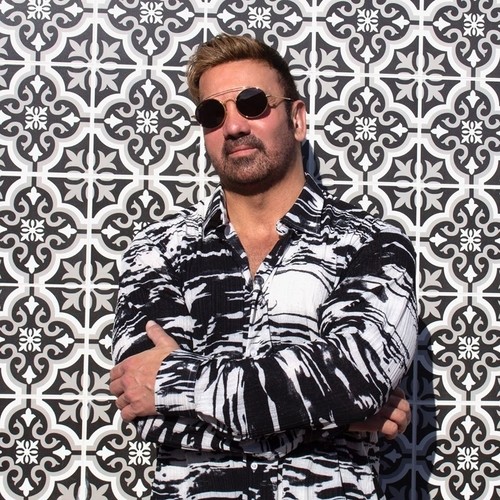 We’re captivated by Alexander’s voice the moment he cuts into the first verses, and while there’s a bit of urgency in the tension created by the understated groove in the background, nothing here feels particularly rushed or hurried. Alexander takes his time sorting through everything that happens to be on his mind in this song, and instead of dragging behind the backing band, he’s usually the one defining the tempo with the cadence of his words. He’s got a lot of rhythm in his vocal alone, which makes this not only a good track to play on a rainy afternoon alone but also one that’s nice to slow-dance to, which isn’t a very common combination to find in any indie pop single right now.

A saxophone darts in and out of the spotlight as we get into the climax of “Never Gonna Let You Go,” and though some have said that sax solos lost their luster some quarter-century ago, I’m not sure they would be thinking as much if they heard this song. It’s an almost cosmopolitan embellishment on what is already a very chic harmony, and when the track has stopped playing and all we’re left with is the lingering echo of its cries, it’s just as memorable a component as any of the piano parts are. If Alexander’s goal was to give us a sonic smorgasbord inside of an unsophisticated piano pop number, he managed to accomplish everything he was trying to do here and more.

“Never Gonna Let You Go” concludes in a haze of instrumental harmonies that remain crushing in spirit even as they fade into the dark mist of silence, but shaking its sensuous hook from your mind will take a lot longer than initially hearing it does. Rob Alexander outdoes himself in this new single, and throughout the album Being Myself, but there’s enough here to believe that he’s not going to be calling it a day in the studio anytime soon. It’s been quite the creative odyssey for Alexander just in the time that has passed since the release of his last record, Long Road Coming Home, and with any luck, 2020 will bring about another LP just as engrossing as the two most recent winners he’s dropped.