“I Love Christmas” is the title of Cassandra’s single for charity to Amnesty International, and it’s a vibrant, fabulous piece of work for which they and anyone helping-out the cause should be proud to participate in, hear and own it. That’s the consensus after hearing it on loop enough to give it the right amount of time to encourage adult contemporary music fans to seek it out and more where Cassandra comes from, which is Niagara-On-The-Lake, Ontario where she is based. But I also found out Cassandra’s been around and done her share to get to where she is today. 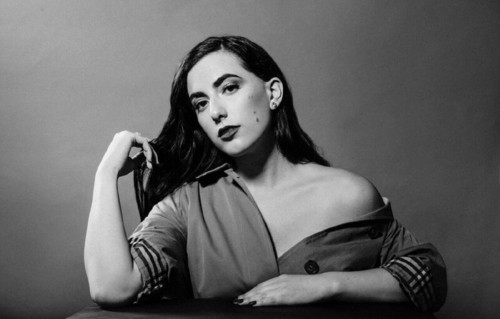 At an early age, Cassandra was hired by Royal Caribbean Cruise Lines as a lead singer on the Independence of the Seas. She performed in front of audiences of more than 4,000 guests per cruise. She also did regular performances in the Jazz Lounge as a lead singer, and on the Royal Promenade with a live band and toured in Europe and the Caribbean for almost a year. But to catch up on more current affairs, she opened for hit Canadian Country Artists, Aaron Pritchett, Kira Isabella, and David James, in Niagara Falls.

Cassandra is also being mentored and advised by accomplished Nashville songwriter and artist developer Kris Bergsnes, a name that needs no introduction in the music business. But these details are just to familiarize with Cassandra as an artist, while it’s the content of the song that matters. It’s just hard to describe other than to say how good it is for not only a Christmas song but any song for that matter. That’s probably why explaining where she comes from and what she’s been doing is in order first.

Digital music is found nowhere better than the internet, because it comes from there to get to whatever source, so you can’t get away from it because that is where you’re reading this. If that were not true you couldn’t find this single in time for the holidays in 2019, so if you want something fresh this month, “I Love Christmas” is the track to reach out for. I have already been agreed with this enough to say in confidence that you won’t find a better holiday song this year than “I Love Christmas” by Cassandra. One listen and you are hooked on the magnificence of her voice and the mesmerizing music.

If Cassandra didn’t work with only the top professionals she’s working with, this song could fly below the radar of most, but it has radio airplay potential or else today’s radio leaves something to be desired, and that’s often been the case when I hear the turn the dial to any station playing Christmas songs these days. It’s just miles above anything I’ve heard when it comes to Christmas music and harks back to the days when everything like this was great. So, what more can anyone ask for at Christmas than a song like “I Love Christmas” but more inspiring music in the future from Cassandra.