Montreal-based indie art rock band Braids announced today the release of their new song “Eclipse (Ashley).” Along with the official video, “Eclipse (Ashley)” marks the trio’s long-awaited return and the first taste of their forthcoming new album releasing next year on Secret City Records. Dedicated to the singer’s best friend, it’s a song that sinks deep into a feeling of reverie for nature, the love found in friendship, and the vital essence of personal reflection.

“‘Eclipse (Ashley)’ is a love song made for my best friend Ashley Obscura,” stated singer Raphaelle Standell-Preston. “During the car ride to go and view the total solar eclipse, we were fretting about not having glasses to stare at the sun, you know, those funny ones that look like you’re sitting down to watch a 3D movie. Amongst the chatter Ashley said ‘we should take this opportunity to think about what eclipses us in our lives.’ BAM. REFOCUS. We all took this sentiment with us as we sat on the side of the quarry, as the moon came to hug the sun. We sat in silence perched amongst the tall grass, the wildflowers, the rocks and glistening water, closed eyes, reflecting. Returning to the studio, the song poured out of us in one shot.” 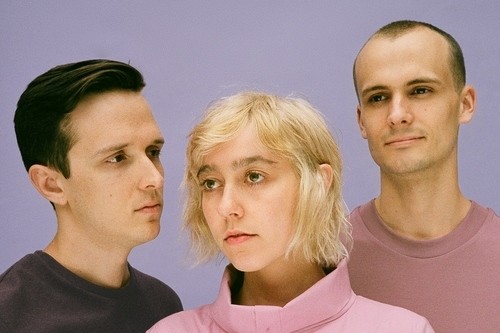