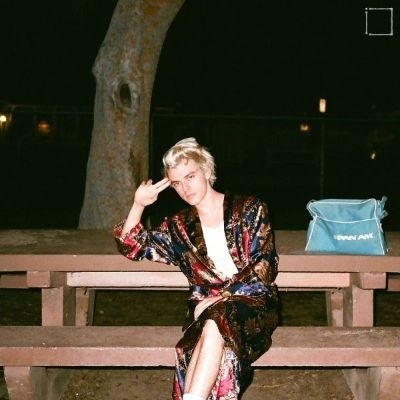 LA-based musician, In.Drip., has returned with a brand new single, “Titles,” along with an accompanying music video directed by Tyler Winther. Billboard calls it “a breezy pop track that conjures up the image of a summer night’s drive.” The single is available now via +1 Records. It’s his latest since dropping his debut single, “CVS,” which has amassed over 100K streams to date. Tap into the new song and visual above!

He wrote “Titles” in the dead of winter, memorizing lines from Slaughterhouse-Five. “I felt like I was in a haze all the time — going to bed at 4am, waking up in the afternoon. ‘Titles’ is about wanting someone (anyone) while struggling with loneliness and depression. Just looking for some sort of connection to distract myself. That connection only happens when the sun is down.” What came out was a hard hitting song, set to the backdrop of his life in the Valley.

In.Drip.’s songs evoke an image, a feeling, something specific, yet relatable. Driving in the rain. Cigarettes under flickering street lamps. Smoke-filled parties on cold winter nights. Snapshots of his life on display for the world to see.