So what does it take to be a youth ambassador for a major clothing brand? Well, for starters, you ought to be talented – you’d better have a clearly recognizable ability that others might want to emulate. You need to be approachable: you’ve got to make your audience feel welcome and excited to be associated with the clothing line. Most importantly, you’ve got to look fresh in the clothes you’re representing. Houston rapper TisaKorean has got all of that covered. His microphone skills have brought him respect and acclaim at a tender age, his verses are quick-witted and enthusiastic, and as you’ll see in the “AERO (Blow The Whistle)” clip, he’s got screen presence that can’t be taught. TisaKorean is a natural in Aeropostale, and when he raps the praises of the brand, he does so with absolute authenticity.

TisaKorean brings true street (and internet) credibility to his deal with the clothing retailer. He’s not just a friendly face – he’s an established teen rapper with a substantial track record of self-motivated online success. “WERKKK,” his 2017 video, was a shot across the bow: a wild slice of dance-rap that introduced a startling new voice with a deeply personal fashion style. TisaKorean followed that online success with “Dip,” a relaxed yet propulsive blast of Texas hip-hop that has racked up more than a million plays on YouTube, spawned a viral dance craze on TikTok, and prompted a co-sign and a remix from Lil Uzi Vert. Critical plaudits followed: The Fader ran a lengthy interview with the rapper, dancer, and DJ on their website, and the rap press praised A Guide To Being A Partying Freshman, the hedonistic TisaKorean debut. Pitchfork even called him “2019’s king of dance-rap.” 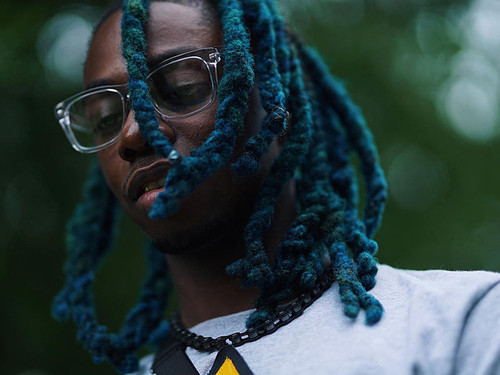 We don’t disagree. In the promotional spot for “AERO (Blow The Whistle),” TisaKorean shows off his flow, and his moves, too – dancing on street corners, in the car wash, and, in one memorable sequence, on top of the checkout desk at Aeropostale. The girls behind the counter don’t object one bit: they smile up at him from behind the register. They know he’s representing their brand in the fullest, and doing it with style and attitude that young customers understand. He’s bringing his whole crew to get outfitted, too. They walk into the Aeropostale in their white tank tops, and moments later, they burst out from the dressing rooms in sweatpants, hoodies, and all of the accessories they can handle. This is shopping re-imagined as a kind of celebration, and TisaKorean certainly knows how to party.