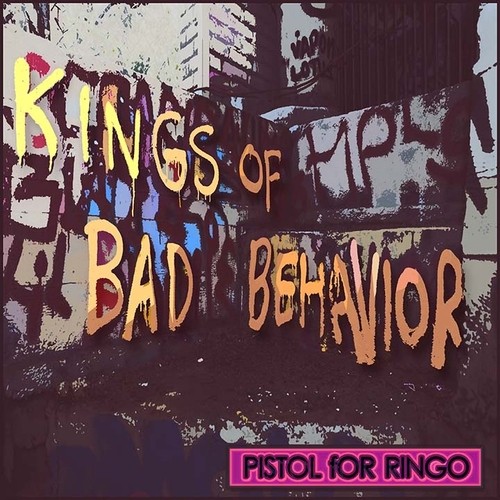 One (of many great) quotes from the movie Office Space happens when the Peter Gibbons character says “Let me ask you something. When you come in on Monday and you’re not feeling real well, does anyone ever say to you, “Sounds like someone has a case of the Mondays?” However, Pistol for Ringo speaks of a different weekday illness with “Case of the Tuesdays,” off the band’s Kings of Bad Behavior album. This question isn’t usually asked on Tuesdays, one can well speculate, because everyone has already gotten past Monday, the horrible day that follows a weekend. Maybe a case of the Tuesdays happens whenever a weekend is so spectacular, even a Monday is not long enough to recover and get back into work mode. Perhaps.

The song “Case of the Tuesdays,” is sung a whole lot like someone experiencing the Monday blues. The vocal is tired, depressed-sounding and unenthusiastic – much like many employees on a Monday morning. “It’s such a drag,” they sing. It begins with the singer stating, “You’ve got a case of the Tuesdays.” Later, this finger-pointing turns more inward with the line, “We’ve got a case of the Tuesdays.” These lyrics don’t go much further than the chorus. The vocal is also buried in the mix, so it can be difficult to figure out exactly what’s being sung. It comes off as a gentler Nirvana, in places. In fact, it’s easy to imagine Kurt Cobain borrowing an idea from a film like Office Space, and then turning that inspiration into a song. This song’s vocal delivery also sounds like the way Cobain often sang his songs. He had a way of turning slacker vocals into a thing of hard rock art. The singer of this song sounds pained, too, the way Cobain so often sounded. In the case of Cobain, though, he almost certainly was in actual pain, as he died by taking his own life.

Musically, this song is built upon a slow-moving rock electric guitar groove. The rhythm is about as lethargic as is the vocal. Melodically, the song doesn’t go anywhere special. It’s not one that changes much, and at only 2:06, there isn’t really a lot of time to go anyplace melodically.

As a single, “Case of the Tuesdays” sounds like an unusual choice. As good as it is, and as – potentially – relatable it is, it’s not at all what one might call catchy. You won’t likely find yourself humming its melody after listening a few times. It may remind you of how the world looks while you’re using Nyquil. Everything is slowed down, you’re more than a little woozy and you’re deathly afraid of moving too fast. Hit songs have good beats and are easy to dance to, or so American Bandstand drilled into our heads. This song does not have much of a beat, and unless you’re a zombie that can only slowly sway back and forth, you cannot dance to it. It may not be radio hit material, but it does leave an impression and create a distinct mood. That’s an accomplishment, especially in a world with so much forgettable music.