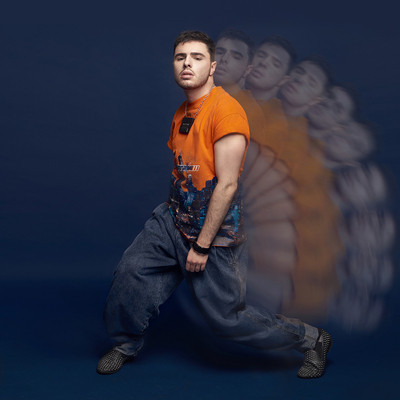 There aren’t a lot of indie artists getting the kind of buzz that MkX is this summer, but it doesn’t come without just cause. His latest single, the acrylic “right place, at the right time,” does a lot of experimenting in its tri-tiered suite of supple beats and illicit melodies, and for the current climate in American pop music, it goes without an equal in terms of sheer physicality this September. Where many of the players in his peer group have been more than willing to take up the mantle left behind by the preceding generation of musicians currently exiting center stage, MkX is demonstrating a desire to go in a different direction and create his own strain of alternative pop in this white-hot single and the flowing grooves that comprise it.

This song benefits hugely from its fluid construction, which strikes a fine balance between poppy framework and an almost rock-influenced beat structure, and despite its owing to a popular hybridity that’s been described by some as being all the rage on the west coast right now, I don’t know that it qualifies as being the natural result of some larger movement going on in the underground lately. As mentioned, MkX really wants to get away from the minimally-stylized, mainstream status quo in “right place, at the right time,” and even if he did include one or two nods to a modern trend, that’s where any and all comparisons between this material and that of his competitors abruptly ends.

I think that, underneath all of the gloss, the percussion is as much of a star in this song as the vocal track from MkX is, and were it mixed with any less of wallop from the drums, I’m certain that it wouldn’t be as fun to dance to as it is in this charged state. In making the most minute of details within the mix as prominent in the foundation of the hook as the melodic instrumentation is, this artist didn’t just ensure that “right place, at the right time” would be a hit with his constant supporters, but that it would appeal to audiences that might have been quick to dismiss his more electronically-faceted material in the past. MkX is expanding his horizons in this track and sounding like a new and exciting kind of professional in the process.

Having only been somewhat familiar with the music of MkX before getting a teaser copy of “right place, at the right time,” I didn’t completely know just what I would be hearing in this song, but at the moment I’m loving everything that makes this single as mammoth a melodic pop track as it unquestionably is. It’s list of ingredients, which include a sexy vocal, strutting beats and a haunting synth harmony as standard cornerstones, adds up to a cocktail of vibrant colors and classy crooning, and even if it isn’t something that everyone on the planet immediately understands and appreciates, it’s another important milestone in a journey that is leading MkX out of obscurity and into the limelight of international fame.