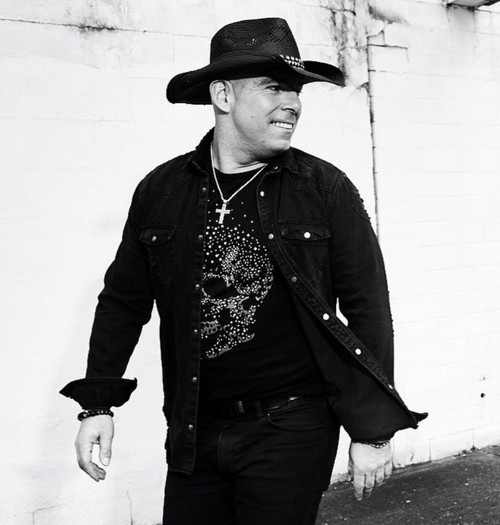 When you think of Modern Country, with its most apparent roots right here in the American South, you might forget how much of a debt it owes to European immigrants and their traditional songs and styles. Miami’s Stokoff injects a fresh, fiery South American passion into that mix. He may still be one to watch among the Country crowd here in the States, but he’s gotten big love from the major radio stations in Colombia, where he was raised and first discovered his love for expressing himself through song. The German-born songwriter made a few musical stops before he found the kind of music that helped him relate to his roots and his culture and find real love in songwriting. He writes and sings with contagious emotion in his native language, carving out a unique place for himself within the genre. Here, Spanish lyrics and American Country sound like they were made for each other, like the lovers in his tempestuous single, “Embrujo.”Stokoff’s latest full-length was produced by none other than the late, great Dan Warner, the Grammy- and Latin Grammy-winning guitarist and producer who was integral to many of Latin music’s biggest albums. He certainly left his mark on this raucous barn-burner of a romantic ballad. Stokoff sings of being hopelessly under the spell of a woman who’s got him so head over heels, he can’t tell whether he’s in Heaven or Hell. He’s a man possessed, and on “Embrujo,” he and his band play like it. Slide and acoustic guitars are joined by a heel-stomping beat that shakes the sawdust up from the floorboards. Some classic Celtic-inspired fiddle and Stokoff’s ability to belt out a melody make this star-crossed love song a kick-ass cowboy song.

“Embrujo” was shot entirely within the rustic, weathered walls of the legendary Nashville Palace, home to icons like Randy Travis, Alan Jackson, and Ricky Van Shelton, because where else are you going to film the video for a song like this? From the very first rollicking guitar licks, it’s evident that this track is short-fuse dynamite. It’s a slow night at the Palace, so the bartender and a waitress take a break and decide to liven up the joint with some good old-fashioned two-stepping. Stokoff and company take the stage, some like-minded line dancers fill the floor, and soon the famed Honkey-tonk is hopping. If Stokoff can keep songs like this coming, he’ll be casting his hechizo over crowds a hundred times this size in no time.