Empowered songwriter Reilly Stapleton has today announced her enthralling new single Impulse, an unsettling, eclectic rock ballad about the fine line between our morals and our devilish impulses, out October 31. The intriguingly dark song is accompanied by a brilliant, slasher-style clip, directed by Michael Sadler (Teenage Dads). To celebrate the release, Reilly Stapleton will be playing a residency at God’s Kitchen in Mornington on the first Tuesday of every month until the end of the year, and an exclusive one-off show at The Grace Darling in Melbourne on November 1. 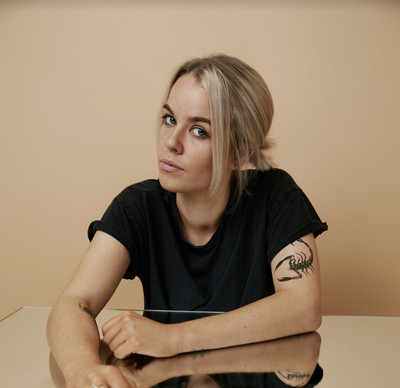 Impulse explores the darker side of the human psyche, leaving no stone unturned. Reilly’s powerful vocals take centre stage, as guitars scream and synths swirl around her. ‘Is it bad? I’ve gone mad, smashed the bottle I had in my hand,”, Reilly expresses her deepest, darkest thoughts, in the perfect amalgamation of lyricism, vocal delivery and instrumental arrangement. “Impulse is reflective of the constant battle between our negative impulsions and our inner consciousness that provides you with a positive moral compass” explains Reilly. “The song uses violence, anger and control in order to convey this unavoidable conflict. When somebody has a short tolerance of anger they can withstand, it is generally our consciousness that holds us back from lashing out.”