Boston recording artist Jamie Hart has released her music video “Get Closer”. The video follows the single of the same name released in September, introducing Hart’s latest project in the works. A member of the voice faculty at the Berklee College of Music since 2012, Hart is known for her powerhouse vocals forged from classical training and background in rock, pop, and the edgy blues scene. The video is the sixth for Hart, whose career highlights include numerous awards and nominations as well as three albums released under her prior brand “Jamie Lynn Hart.” 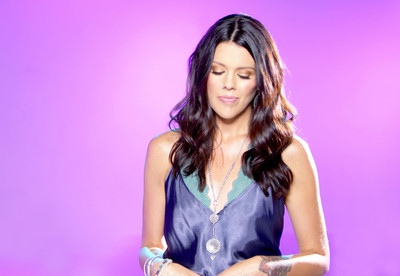 It’s an exciting year for Hart, who is coming back strong after almost quitting music in 2017 and taking a two-year hiatus. During that time, she dove deeper into her spiritual practice, earning certifications as a spiritual life coach and yoga instructor. She also had a spiritual awakening that sparked alignment and authenticity in her life and added even more depth to her lyrics and fresh purpose as a conscious creator. “During my hiatus, I had done a lot of work on myself, unraveling beliefs, healing my past, learning about love, and developing my intuition. ‘Get Closer,’ the first song on the project, describes the relationship that followed and the gradual falling away of connection,” Hart explains.

The idea for the video followed naturally. “I wanted to create a visual representation of the song — how I was feeling emotionally and the kind of pushing and pulling of a relationship through the movement of our bodies,” Hart says. Instead of choreographing the piece, Hart used a technique referred to as “contact improv,” where dancers immerse in the experience and respond to each other. “It’s a mindfulness practice because you have to focus so much and tune in to each other’s energy to move through the song.”

Describing her creative process and inspiration for the video, Hart says it felt like a Synesthesia experience, in which one sense triggers another sense at the same time. “The song itself stimulated visual sensations tied to both movement and colors. I could see the exact color palette and movements that would represent the emotion and the vibrations of the song. The idea came quickly to me because I could experience the movement I wanted to feel in my body when I would hear it, like the music was moving my body into these shapes. I could see the colors of the production, the purple and blue jewel tones you see in the final video.”

Hart and James Novakowski star in the video directed by Jay Golde and filmed at Surefire Creative Studios in Lowell, MA. The song and the companion video also introduce Hart’s new indie-pop sound, which brilliantly blends her signature vocals with electronic elements and the raw authenticity of live instruments. When asked about her musical and personal journey, Hart explains that in 2017, she dove deeper into her spiritual practice, focusing on understanding herself and her disillusionment with the music industry. In 2019, came a pivotal moment: “What would you do if you only had a month to live?” Jamie asked herself. Her answer was to write and record all she could, creating freely from the depths of her soul with a new passion, purpose, and sound.