One week out from her highly anticipated second album Hello, I’m Doing My Best, out October 18 on Inertia Music / [PIAS], Ali Barter has shared the fourth single “Big Ones” and its accompanying video. Watch it HERE.

Dodging the pressures placed on us by work, school, our relationships and ourselves is a constant dance, and Barter uses her frank lyricism as fancy footwork to curve negative vibes on “Big Ones”. Of the track, Barter says: “I wrote ‘Big Ones’ during a time when I was sorting through the stress of expectation. Expectations from the people I work with, people I live with and mainly the ones I was putting on myself. So the song is essentially about opinions.”

Directed by Courtney Brookes and shot in New York City, “The clip is about a disgruntled ice cream van worker who eventually snaps and runs away, which is something I want to do when the weight of expectation becomes too much. You gotta protect yourself, man!” says Barter. 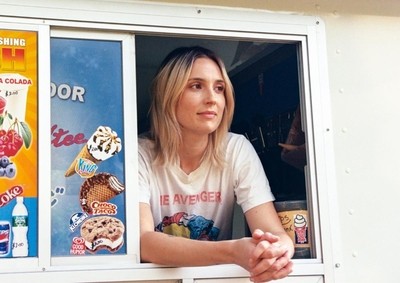