Mesa Jane’s single begins simply with just piano and vocal. It soon goes into a fairly standard snap track rhythm, underpinning Jane’s acoustic piano. Jane has a pretty voice, although her under-enunciation can sometimes make it difficult to make out exactly what she’s singing here. With that said, though, this is still a pretty tune. 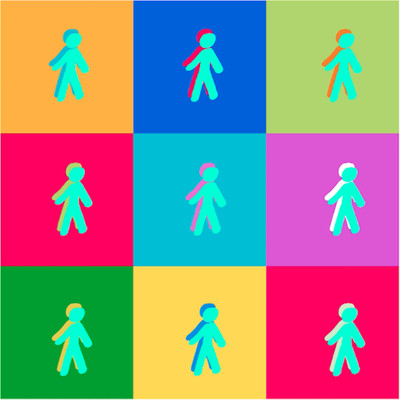 Based in Philadelphia, Jane describes herself as a gypsy at heart, and has been recording music at least since 2012. This track includes a rap from MC/poet songwriter Kuf Knotz. His segment speaks to unity. He’s saying basically the same thing as Jane is, namely, the hope that unity will be secured between two sides. Whereas her verses lean toward something a little more romantic – or so it sometimes sounds — his rapped section takes on more of a universal theme.

At one point, Knotz announces, “Praying for the moment that we finally unite.” Just what it will look like once all are one, however, is not entirely presented. Is this a political oneness, sung about here? If so, Knotz will likely be praying until his knees are sore. When politicians speak about fearing another civil war in the United States, it’s plain to see we are divided – maybe even more than ever– now.

One is left wishing this song had gone just a little deeper, lyrically. For instance, what are some of the things we can all agree on, whether we’re on the left or the right side of the political spectrum? Unity doesn’t occur when one side finally convinces the other side to agree with them. Instead, there can be unity, even though there is still disagreement. It’s a little like saying, ‘I want world peace,’ without also detailing how to achieve such peace.

It’s been said many times before that the road to hell is paved with good intentions. Although that’s a bit of an extreme assessment, there is nevertheless some truth to it. Good intentions are not enough to resolve divisions in society.

With that said, though, Jane has a pretty singing voice. The song begins by sounding like a singer/songwriter ballad. It takes on a whole new feel, though, once the rhythm track kicks in. Then when Knotz begins doing his thing, the song becomes more of an R&B lite work. Even with its added rhythmic elements, somber acoustic piano continues throughout the track. It’s as though Jane is going for the best of both worlds – singer/songwriter AND R&B. Nevertheless, Knotz’s portion is gentler than much contemporary rap. He leans closer to his poet personality, rather than attempting to be al hard like, say, Chuck D.

Although this song maybe didn’t come out as detailed as one may have liked, it’s still difficult to fault its aims. We need more artists singing about and striving for unity. Mesa Jane certainly has her heart in the right place and is following her heart when writing songs. It would be foolish not to affirm Jane’s artistic approach. Writing these sorts of songs doesn’t always come naturally. Penning love songs is easier, simply because we’ve all grown up hearing them our whole lives. Therefore, we encourage Mesa Jane to just keep at it. She’s moving in the absolute right direction.