On “DMLY (Daddy Mi Love You),” the first single from a west coast up and comer who goes by the handle Swigga Geovanni, a thoughtful poetry is merged with a cosmopolitan swing, crunchy bassline and lightly-overdriven synthetics to make a track that is as much a product of experimental dancehall as it is new school progressive hip-hop. Swigga gets right to the point with us here, hiding nothing in his surreal analyses of fatherhood and its effect on an inspired young man with a dream, and though it’s a bit more involved a listen than some of the hip-hop I’ve been into this year, it’s a worthwhile spin for legit aficionados just the same. 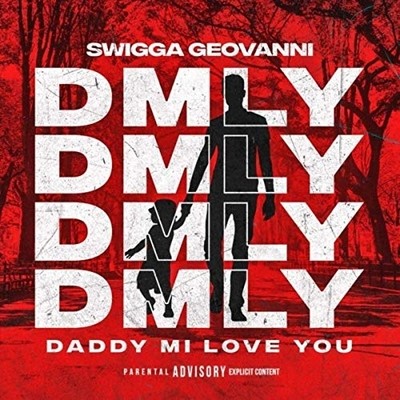 The lyrics aren’t the only filler-free component to “DMLY;” in fact, they’re not even the most cut and dry element of the song. The percussion, the glaring guitars that start and end the track and the bassline are all as unfanciful as they can get without sounding too raw for mass consumption, and though I’m not completely sure how he did it, they blend together into a cohesive wall of sound when under the command of Swigga’s sensitive lead vocal. To put it simply, there’s a lot going on here and yet everything flows without any complications.

It’s not a challenge that most artists are able to face in their rookie release, but the odds didn’t stop Swigga Geovanni from developing a truly organic melodicism to the backside of this track that you just don’t hear that often in hip-hop anymore. There’s no noise attached to the bass, and better yet, the textures in the synth parts sound fresh and literally the polar opposite of what we’d hear in a plasticized pop song. He must have slaved over the soundboard for the better part of his recording sessions, but his efforts are proven well worth it whenever this hook gives us an affectionate slap.

I could’ve gone for just a dash less treble in the chorus of “DMLY,” but I admit the reasoning behind the formula that Swigga used in this instance is as solid as stone. Personally, I’ve always preferred a heavier tonality to my hip-hop, but in going with a scooped sound here, it definitely gives the instrumentation a better-defined muscle that is normally only heard in heavy metal records exclusively. It’s different, and while it’s not different enough to raise every eyebrow within the bulk of American audiences this fall, it definitely sits outside the mainstream channels with a prideful independent edge.

It will be very interesting to see how listeners outside of the west coast underground respond to “DMLY (Daddy Mi Love You)” and the future works of Swigga Geovanni, because if it’s anything like the reaction out of his home turf, calls for a national tour are going to be difficult for him to ignore. Right now, he’s taking the first few steps in a journey that could bring him from one side of the globe to the other in the years to come, and teasing a toned musical ability that will only get better with time and experience.