Nilüfer Yanya has shared a video for her captivating new single “H34T RISES.” The video was shot in her father’s hometown of Istanbul by her sister Molly Daniel and features an entirely Turkish crew in the city that the two sisters have re-established a strong connection with in recent years. The original “Heat Rises” is featured on Nilüfer Yanya’s unanimously acclaimed debut album Miss Universe, which was released in March on ATO Records and earned praise from Pitchfork (Best New Music), NPR (Best Albums of 2019 (So Far)), Rolling Stone (Artist You Need To Know), and countless others. The newly reimagined track “H34T RISES” – which still features Yanya’s first guitar teacher The Invisible’s Dave Okumu on production and backing vocals – has been reworked by Yanya with a different structure, additional production elements and an entirely new mix.

Yanya said of the brand new “H34T RISES” version: “The original song ‘Heat Rises’ came together over a year or so, maybe. I felt really lucky I was able to work with Dave Okumu on this, there was a lot to learn just being in the room with him. I had the rough demo and beat on my phone for maybe a year, but it wasn’t until the lyrics were fully realised that that it really took shape as a song for me. The original track works perfectly in the album but when I decided to re-release it as a single, I thought a few changes to the mix and structure might help it jump out more and that’s where ‘H34T RISES’ came from.” 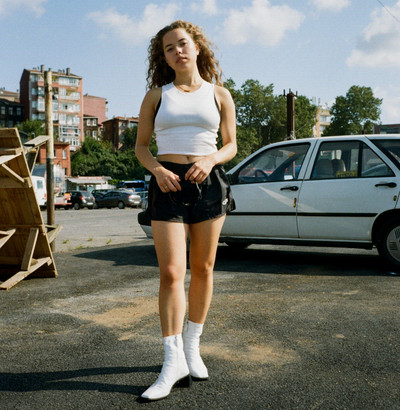