If you’re looking for a fun, happy-go-lucky and upbeat album then this won’t be your cup of tea. But, if you’re looking for a raw & somber record that cuts right through then ‘Champagne and Childhood Hunger’ is your ticket. Eric Terino has delivered a haunting performance that will stir up many emotions on the new LP. 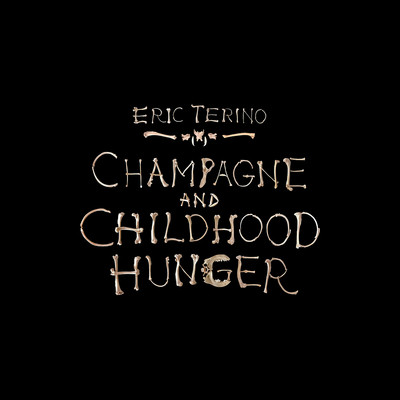 This new album is also being released alongside a short-film/long-form music video for three songs featured on ‘Champagne and Childhood Hunger’. The three tracks used as the basis for the short film are: “The Saturnine Song”, “It’s Not For Me Anymore” and “Ghosts”. “Champagne and Childhood Hunger” is a short film by Perpetual Doom, directed by Louis Crisitello and written by Eric Terino. It is also worth noting that this production was filmed in a New England forest last Halloween, which further adds to the spooky allure of Eric Terino and ‘Champagne and Childhood Hunger’. This album is like a well-scripted narrative with Eric Terino as your lead conductor. The style is like no other and stands on its own, but I did pick up on a gothic-like element and even a bit of New Wave influence at times. The album contains 10 highly creative compositions by Eric Terino and each one tells its own story. The LP kicks off with the title track, ‘Champagne and Childhood Hunger’, and immediately the listener will get lost in this deeply moving world that is riveting to say the least. Next up, one will hear “The Saturnine Song” that offers a vast space with much depth where Eric is digging deep with pure emotion on display. The album continues on with track three, “It’s Not for Me Anymore”, where Eric Terino continues to sing & perform with such conviction making a believer out of you and me. The next number, “26 Years”, expresses a dark ‘n’ dreary setting while track six, “Not a Hole”, highlights Eric exposing his innermost feelings and also supplying an enticing melody. “Churches Rise on My Skeleton” comes across as a dim light slightly fading but then suddenly Eric takes charge and pierces through vocally. In other words, this flame may be flickering back and forth on “Churches Rise on My Skeleton” but there is no way it is being extinguished. Eric Terino and his voice just won’t allow it; period! Track eight, “Whaling Wall”, Eric is bearing his soul for all to witness while track nine, “Ghosts”, gives off an eerily quiet approach with a soft ‘n’ tender tone. The closing number, “Annus Horribilis”, offers a very sad sentiment but done in a most profound way with the vocals right on point. The mood is set by the end and it’s not your fairy tale ending by any means.

‘Champagne and Childhood Hunger’ is not for the faint of heart and may come across as dismal at times, but the material can be tackled head on with an in-depth, honest and open-minded listen. Eric Terino has created a complete storyline that may contain some doom & gloom, but the content is so real and so original. It’s up to the audience to decide how they want to consume ‘Champagne and Childhood Hunger’; either in small sips OR all at once with one, big gulp. The choice is yours!