The life of a freelance band is filled with ups and downs, many of which are experienced live on stage. While playing music to an audience is the end goal for most musicians, playing to a crowd isn’t without its share of problems. Bands hoping to improve their stage presence and live playing should consider the following four problems and how to avoid them during live gigs. 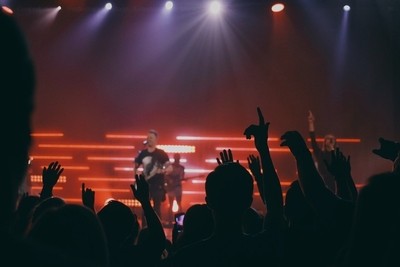 Equipment Failure
Regardless of the number of practices musicians have, no one can determine what will go right or wrong on the day of a show. To prevent this kind of situation, band members should have a contingency plan in place in the event that their equipment fails. From having acoustic instruments on stage to having battery-powered equipment, preparing for the worst is an important way for musicians to guarantee success during a show.

Underwhelmed Crowd
An underwhelmed crowd can set the tone for the entire performance. If the audience already seems unenthusiastic at the beginning of a show, they needn’t stay that way. It’s up to the band to start engaging the audience. Band members can reel their audience in by breaking into a storytelling session before playing a song, asking the audience to clap or sing at integral parts of the performance or invite the audience to interact with their neighbors. While every single person at the show may not always respond to these cues, chances are most will.

Refusal to Pay
According to statistics, musicians only make 12% of the money that the entire industry makes. This type of compensation disparity extends to performances and gigs as musicians commonly have to deal with broken contracts and clients that fail to pay on time or at all. While bands can try their best to get clients to pay upfront, it helps to have compensation lawyers on call should anything fall through. These lawyers are able to uphold a musician’s contract and guarantee that they get paid.

Poor Acoustics
When coming into a new venue, bands have to make the most of the space they’re given. While bad acoustics can spell trouble for the uninitiated musician, there are a few tips and tricks that anyone can use to combat this issue. Acousticians suggest that bands dealing with poor acoustics should try dividing musicians and singers to different sides of the stage to improve the clarity for every voice and instrument. Additionally, instrument amps should be pointed towards the musicians using them not towards the crowd as this will help decrease stage volume, allowing the audience to hear the sound of the band much better.

Don’t leave your live gigs to chance. Prepare to have the best gigs by putting these four tips into practice as you get ready for your next show.