Laura Baron’s single, “Refugee,” opens with a table rhythm, which gives the song an exotic, foreign vibe. It’s what she’s going for because refugees are foreigners escaping hardships in their homelands. The song is timely, too, as the United States has put immigration at the top of is political discussion topic list. 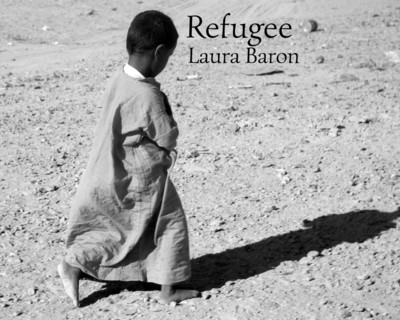 The sound of this recording makes even more sense with the knowledge that Baron adopted her daughter Ruchi from an orphanage in New Delhi, India in 2011. This life change led to an album in 2013 produced by Marco Delmar, which as been described as a combination of contemporary folk, jazz and world music. The title track, obviously directly inspired by this adoption, is called “Song for Ruchi.” It features table, sitar into an Indian tala for this song about a mother’s love. With that said, then, it’s no surprise “Refugee” sounds the way it does.

Baron sings this song from the perspective of a refugee. Its lyric speaks of how trying it can be to not have the assurance of calling anywhere home. “Pack your bags/We’re moving fast,” she sings. Sometimes, those that call for tougher immigration policies fail to see migrations from an immigrant’s point of view. These are not the opportunists they’re often made out to be; instead, they’re people many times escaping oppression. This is even worse than homelessness. At least the homeless have a country to call their own. Refugees are homeless and country-less, too.

“Seems like years since we’ve called somewhere home,” Baron sings, at one point. This is not a temporary situation. When ordeals like these stretch on, it can seem like years. Baron’s words make you think what life would be like to live in these folks’ shoes. Most of us suffer from mainly first world problems. We have poor reception on our cellphones. We’re delayed by drive time traffic. Our food is served cold. These are annoying issues, yes, but nothing when compared to individuals caught between two countries – one that is pushing them out, and the other that doesn’t want to let them in.

Baron has a jazz vocal background, which she applies to this relatively open sounding recording. It begins with little more than percussion and guitar. She also has a folk-inspired vocal. This is the type of song one might well expect to hear Joan Baez sing. Not only because of its content, but also because of its sound. Baez has always expanded her folk songs beyond mere acoustic guitar-accompanied works.

Toward the track’s end, Baron sings, “Hear the cries of the refugee.” Her point is that one needs to lend and ear to the refugee’s suffering. Refugees, without national representation, oftentimes don’t have a forum to make their concerns heard. She’s singing this song, it seems, to give many of these voiceless ones a voice that can be heard. The song comes from her EP Long Road Home. It appears this plight of refugees may be explored even further on some of Baron’s other new songs, based upon the project’s title.

Issues, such as the ones Laura Baron addresses with “Refugee,” are rarely pretty. Nevertheless, Baron sure sounds pretty singing—even about some of the uglier sides of life.