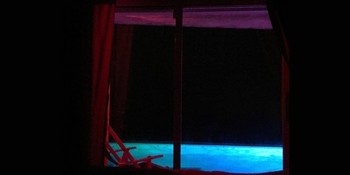 This line of work surprises me once in a while. I have my musical inclinations and, in my early forties, many are unshakable and engraved in granite. Electronic influenced pop music is not among those inclinations. See Tai’s new single “Neon Dream” upends that idea however. Running just under three and a half minutes in length, the electronic elements of the single are never overwhelming but, instead, blended into a greater whole augmented by time-tested instruments like guitar. The vocals, as well, mix a couple of different treatments rather than adopting a single line of attack for the whole of the song. This Louisville based singer, songwriter, producer, and multi-instrumentalist, a longtime creative force within the post rock instrumental band The Photographic, has produced a song no one will mistake for the work of another. He has, instead, followed his singular muse in a direction all his own.

His vocals will not appeal to everyone, but very little in this world, if anything, enjoys the cachet of possessing universal appeal. He has an vocal tone definitely off the beaten track, but I soon grew accustomed to his unique nasal sound thanks to the recognizable talents on display. He has rich phrasing that gives the song dramatic life it might otherwise lack in lesser hands and he has a canny sense of where to place his voice in the arrangement rather than applying his voice to the track in a hamfisted manner. The vocals have a bit of light echo during the majority of the recording, but the post-production effects on his voice grow more pronounced later in the performance. It does nothing, however, to dilute the final product.

The imagery heavy nature of the lyrics gives him a lot to work with, but he never overwrites and the production never obscures the words or renders them indecipherable. As far as ever elusive meaning goes, “Neon Dream” is open-ended enough for individual listeners to relate to it however they like. See Tai, to his credit, is uninterested in explicating the words – it has a poetic vibe and, without a doubt, has personal meaning, but I never sense him attempting to steer my interpretation of the track.

“Neon Dream” does an exceptional job of mixing its traditional and electronic strands. It is a bit of a misnomer though. Electronic music has been so woven into the fabric of popular song that, by 2019, it splits hairs some to deem it more exotic than the ever popular guitar. If anything, these sounds are more common than string instruments and, in the end, much more modern. The drum pattern is machine generated but does nothing to dissipate the song’s potential or impact on listeners and the synthesizer accompaniment adds color while never coming across in an obtrusive way. See Tai’s latest single is a good place for doubters of the form to find their footing. It has much to offer and never feels or sounds facile in any way. It is, without question, an impressive work of musical art.