Since 2013 Chris Karman has worked hard to develop his sound and with that has released six albums so far. It is quite a feat in today’s musical landscape that seems saturated with so many new musicians. Chris was first joined by fellow artist Augustus Green from the Galaxy Electric who worked with him on his first album. When Chris was ready to put out a second album he had already assembled a full band after Augustus moved on. His brand A Historian has a unique sound that embodies exactly what Karman tries to convey with each track. 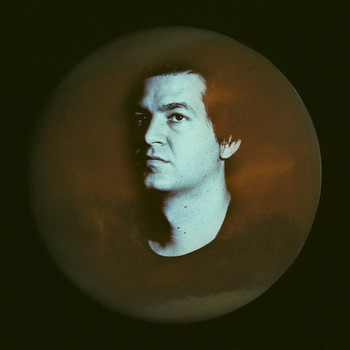 “That’s exactly what I am hoping for. Those are two of my favorite qualities in music. There are certainly artists that are great storytellers, but I’d rather paint a more obscured picture, albeit one where there is meaning and emotion. As you point out, usually that emotion is melancholy.”

Karman had the pleasure of working with Quartetto Fantastico on some of his albums which enabled him to add the saxophone and trumpet. So far A Historian had released six albums in the six years since its inception. Karman is very pleased with that accomplishment so far. The latest album “Spiral Again” Karman recorded most of it himself to find that perfect sound. That sound would be categorized as space rock which is punctured with Karman’s operatic vocals a unique blend.

Chris admits that he tends to mentally explore and ruminate over certain issues until he reaches a zenith of no return. This would develop into either a depression state or anxiety which eventually dissipates. The title of the new album is a reflection of the exact feelings Karman experiences, which makes this new release personal on some levels.

“Yes, I would describe myself as someone who is a bit of a seeker. And since I’ll never come to the point where I’ve figured out all of the answer, I’ve come to terms with the fact that it’ll probably just be a lifelong pursuit.”

The album has been a work in progress for some time until it was released on June 14th on all music platforms. His music has been compared to such acts like the Smiths and Brian Eno. Most of the tracks were produced in between other releases until the correct arrangements were found to give them justice. Karman who hails from LA has found it the perfect place to develop ideas and filter out new ideas for his lyrics and musical arrangements.

Since the release of the album Historian has been focused on decompressing after all the work they did on this last addition. Yet they are looking to possibly do a series of shows on the West Coast. In addition, they are also planning to complete another studio album that could possibly be out later in the year. To look into their new release and past albums visit them at –