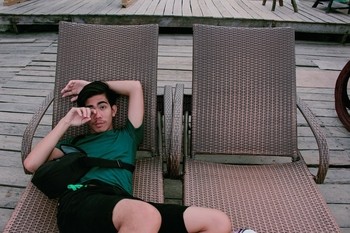 Okay, it’s the next day now.

Let me paint a picture: You’ve been out to a concert the night before to watch one of your favorite bands, or you held a block party with a group of friends. You had an incredible night…unforgettable. You will always remember that feeling of ecstasy and connectivity. And then you wake up the next day with a bad headache, telling the beam of sunshine coming through your window to eff off. Was it all a dream? Will the feeling evaporate with the morning sun?

The answer to that question depends very much on how you handle the next day. Ideally, you don’t have work or any major responsibilities, and you can focus on your recovery or meet up with friends. It’s your day; you should do whatever you want with it, but here’s a bit of advice to get the old noggin rockin’ again.

The first question you might ask yourself if you’re hardcore is whether you should get back on it again? The old hair of the dog that quickly leads into another day on the ruin. Each to their own, but in my opinion, this is rarely a good idea. For me, it’s more likely to ruin my weekend and disrupt my week than it is to bring me further satisfaction. There’s always a better way.

That said, when you wake up in the morning, it’s time to sort out the essentials. Hydration is crucial, and drinking alcohol, dancing, sweating and not topping back up can lead to a seriously dried out feeling in the morning. So, start your day with a pint or two of water, and you’re set for a good recovery.

Next, is food as well as hot drinks like tea and coffee, which are not necessarily good for you, but which are, too, incredibly comforting to deny as part of this operation. It’s a similar situation with food. Technically speaking, you should eat salmon and bananas for a quicker cure, but most of the time, you would happily “settle” for a cooked breakfast.

If you’re hosting friends, making breakfast and laying on a spread is always a happy start to the day. Going to a cafe is another option, but to me, it seems like more of an ordeal getting mentally prepared to go out early than it does to cook up a bit of scran. 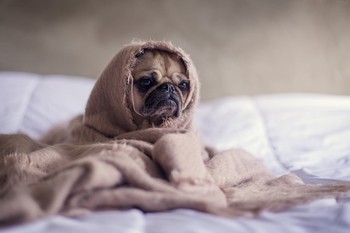 We know how you feel, buddy, but it’s time to go out.

When you go out to a concert or gig, the music seems to fill the air and occupy the space between thoughts as well as bring everyone together over a shared experience. The next morning, the mental space can seem a little vacant without the currents of music to fill the air.

It can be nice to come around with a bit of background music, though you will probably want to keep quieter and less intense than it was the night before, especially if you are with fellow partygoers. Some may disagree (and anyone who does is objectively wrong), but there’s nothing worse than headbangers in the morning. Turn it over or off!

At some point, once you deal with the essentials, the body and mind may start to feel a bit restless from sitting around eating and drinking coffee. At this point, it’s time to move the day on with some mild activity. Preferably, this means a lot of sitting around in blankets, watching stuff that’s barely engaging or at least slow paced.

Sports can be good, and the day after a gig is maybe the time I genuinely enjoy snooker the most. If you’re watching bigger games and are in a country where it is possible to do so, sports betting can add a bit of excitement. As sports betting is legitimate in a growing number of U.S. states, you will soon be able to use the sports betting app FOX Bet.

I also enjoy watching nature programs, especially David Attenborough, who despite his connection with the BBC is likable for his soothing comedown voice.

You can also consider going out for a walk and engaging in some light exercise. That’s not a joke. It will do you some good to get out and about and will help you to feel like you are awake in a new day.

If you have responsibilities such as a job to get back to, then you may as well face reality and make a few preparations the night before, once you have exhausted the entire menu of Netflix. Don’t worry; I’m not talking about marking those papers but about looking after yourself and making a few mental preparations.

Then, why not take a nice hot bath? Relax and pamper yourself for a while. Of course, it’s all about how and what you want to do within the circumstances that you have, so enjoy your day and make the most of it.