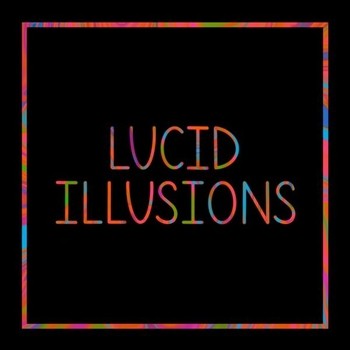 Lucid Illusions is a rock trio from Houston, TX, which creates punkish hard rock. “No Directions” is a complicated new single from the group’s self-titled album.

Jordan Lane sings and plays guitar for the outfit. He asks, “How am I supposed to feel, when nothing in this life feels real?” The song title suggests no direction, and the song’s words support this directionless life.

Although Lucid Illusions doesn’t mention it as an influence, one can hear the strong impact of the band Green Day on this song. Granted, the vocal is not snotty, the way Green Day singer Billie Joe Armstrong’s singing often is, but the way Lane vocalizes – his phrasing, in particular – brings Armstrong immediately to mind. The song’s arrangement also sounds a whole lot like a Green Day song. It’s a stripped down, guitar, bass and drums track, without a whole lot of other sonic bells and whistles thrown in.

Toward the track’s end, the song is slowed down to a much more methodical pace. This sonic backstep makes the band sound more like a classic rock band, than a punk group. It’s also an unusual tactic because the song is only 2:38 long. One wouldn’t expect much dynamic variation within such a short track, but Lucid Illusions wants the listener to expect the unexpected, or so it appears. When the beat slows down, the sharp guitar hook becomes a lumbering hard rock riff.

Having no directions is just another way of admitting one is lost. Lane doesn’t tell us exactly how he’s lost. It may be spiritual. It might be more philosophical. Then again, this feeling could just be related to the band’s career. Back before the digitalization of music, there was a relatively clear path to music career success. For a band, you would craft your songs, perfect them live and build up an audience. Once you had a substantial audience, one that followed you enthusiastically, you’d then try and attract record executives with the hopes of being signed by a label. Once on a label, the push would be to get your music played on radio. The path is not nearly so clear cut these days. Yes, bands need to perfect their songs live and build an audience; but getting signed to a label may no longer be as big a goal. Instead, groups might choose to crowd-fund an album and self-release it. Also, it’s probably more important to procure streaming on platforms like Spotify or YouTube, rather than terrestrial radio. Nevertheless, radio hits never hurt. With all the huge changes in the way rock stars are created these days, it would not be surprising if Lucid Illusions directionless is somehow related to its career aspirations.

The world is changing so fast these days, directions may be hard to come by and might change in a split second. That’s why Lucid Illusions’ “No Directions” is likely relatable for most. Even the band’s name, Lucid Illusions, hints at the group’s confusion. What’s so good about a song like this song, is the knowledge that someone else might feel like you. If you feel a little lost right about now, well, so does Lucid Illusions.