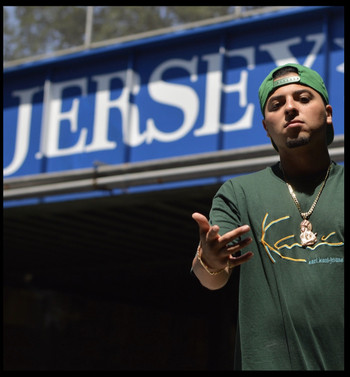 Omar Soliman, better known as “Breezy” has made it his mission to deliver thought provoking lyrics that will leave a stamp in the Hip Hop world for a long time. Coming from the gritty streets of Jersey City he looked to music as his salvation rather than allowing the pull of the “streetz” to influence him. He took a negative and made it a positive without looking back.

“Absolutely. That’s how I was influenced myself, because I have listened to the pioneers of urban music inspiring me since I was a kid, so I hope to do the same for those who listen to my music.”

Some of his earlier influences are rappers Nas, DMX and WuTang. But be reassured Obreez appreciates all types of music. His first taste of performing in front of an audience was in High School yet since then his confidence has grown and he feels more comfortable in front of large crowd. Fast forward to today and he has already released his own single “Jungle” featuring $tupid Young which has made impressive strides. It has over 170,000 views and climbing at a rapid pace.

Obreez is happy with its success and hopes to capitalize on that with another project down the road. He is planning on joining $tupid Young this summer to work on another song when he visits Los Angeles. Even though we mentioned artists like Nas, DMX and WuTang one artist that Obreez has followed religiously was Eminem.

For Obreez Hip Hop is an ever-evolving genre that never goes away. He sees the connection of fashion and the music and that it is a synergy that flows with the times. Obreez himself is a fashion setter always trying to be different than others with his wardrobe. Never duplicating only reinventing. His music has not gone unnoticed as he managed to be ranked on Snoop Dogg’s “Underground Heat”. Another track that has made a mark was the single “Like Water” which garners over 4000 views.

On the back burner Obreez is gearing up to release his new EP ‘’Rich Before Rap” which he commented will feature more visuals and collaborations. Obreez owes much to his success to his family and God because with neither nothing is possible. You can follow Obreez on his Instagram at @obreez and his Spotify channel for his latest music, updates on upcoming performances and breaking news.