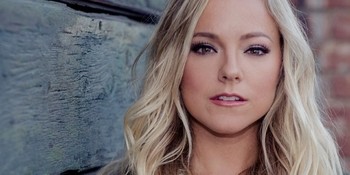 The pianist runs his hands across a keyboard with an unwavering confidence as his fellow players take their places. The spotlight turns to Alexis Keegan, who stands before the microphone with a look of cool confidence as she starts to sing the first couple of lines in her new song “What Am I Supposed to Do.” Each word slips away from her lips and cascades into the room around her, the crowd hushing their own voices for the chance to get aural peek at this enthralling performance. The enormity of Keegan’s presence is undeniable in this video shot at The Mint in Los Angeles over a month ago, well before the release of this single, and the audience reacts with adulation at what they hear inside of five incomparable minutes of play. Indeed, “What Am I Supposed to Do” is a star among Keegan’s ever-growing discography, and for my money, it’s one of the sweetest new R&B songs that fans can get their hands on this April.
“What Am I Supposed to Do” is different from other singles that Keegan has released before in that it demands a heck of a lot out of her wonderfully broad vocal palate. The harmonies in this track are no joke, and you don’t have to be a music critic or even a hardcore audiophile to recognize that. Even in its most menacingly difficult moments, “What Am I Supposed to Do” is incapable of giving Keegan anything to slip-up on, and she demonstrates just how slick her vocal style has become in this single without being arrogant or overly boastful. It’s undeniable that she’s got a lot to be proud of here – the chorus is rigid and the path that we take to get there is rocky to say the very least, but she clobbers the complications with an aggressive approach to the words that leaves plenty of room in the mix for the instrumentation to crater us with its evocative textures. This is likely the most engaging song that she’s ever released, and though it’s not structured like a radio pop single, it’s got an unassuming hook that will take your breath away no matter how many times you’ve listened to it.
I think we can officially say that Alexis Keegan has come into her own with the release of “What Am I Supposed to Do,” and while I’m ranking it as among her best yet, I don’t think that it dwarfs the charismatic tracks that she’s put out in the lead up to 2019. Keegan has got a lot of different dimensions to her style of play, and she hasn’t really given us two songs that feature the same set blueprint as of today. The jazz-influenced filtration that she’s employing in this single exploits everything that her skillset has got to offer us, and were she to make an album totally out of similarly-conceptual material, I haven’t any doubt in my mind that it would be, at the very minimum, a watershed LP. She’s on top of her game right now, and making mighty music that lives up to all of the hype.