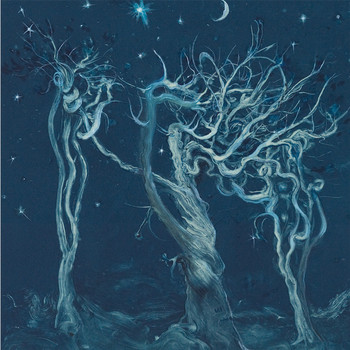 The mid 2000’s to the present day have been a virtual drought, for a generation who grooved to the zenith of the then modern Americana/Jam Band era Wilco, The Wallflowers, Lenny Kravitz, and Phish in the 90’s; the rain has now arrived at a time where social media engagement has been replacing the future of these genres with little to no remorse. a picture made’s [sic] “Heal” echoes the nostalgia and atmosphere that could be heard on pop, country, modern rock, contemporary, and college radio in the 90’s, while never compromising on the ingenuity. a picture made can be found practically nowhere on social media or most digital platforms. To gauge most of their history as a band, you have to dive relatively deep or reach out to the fans whom they’ve reached over the past 3 or 4 decades, which this writer, just so happened to do. Their music is the feeling you get when you walk into a vintage clothing store and find the exact outfit that Elvis wore on the Ed Sullivan show; a priceless treasure hidden amongst the remnants of a long lost time.

Heal starts off with an aged innocence with the first track, “Heal Me”, almost pleading with a lover to not throw in the towel on their relationship. It feels like the Americana version of Foo Fighter’s “Doll” off of Colour and the Shape and doesn’t waste the sentiment as it segues into “Quitting Now Would Be Treason.” The aforementioned song is a tasteful and well executed bar-stool ballad which almost feels like Jeff Tweedy wrote “Changes” by Black Sabbath. The subtle chaos it descends into at the end of the song transitions into a relatively upbeat and jangly song with “Boxes on the Floor.” It treads a delicate line between poppy melodies and melancholy lyrics, which will truly move you if you’ve ever been at the turning point between a relationship and being single. “A Signal Hovering Above America” starts recounting the beginnings of a relationship very softly from chord to chord, till it invokes the thoughts that pass through everyone trying to reach their lover, when they know they’re ignoring their calls- “Pick up, pick up, I know you’re home,” only to end on a tastefully dissonant chord. “Come to Me” carefully executes a Wallflowers’ style Wurlitzer Organ tone for texture with The Monkee’s style riffs sprinkled in making it a truly remarkable composition. “Locomo Mexico” starts off with a dark Middle Eastern/Spanish style riff, which leads to a brilliant relief throughout the song. The relief is subtle, but gets wonderfully melodic, further into the song. “Heal You” is to “Heal Me” what “Hey Hey, My My” is to “My My, Hey Hey” off of Neil Young’s classic album, Rust Never Sleeps– a brilliant well versed counterpart piece, which stands alone, brilliantly, but fits harmoniously in the album with its sister piece. Baby Boom Boom’s dynamic harkens a Lenny Kravitz style Jam Rock that fits well with the rest of the album. It provides a well versed bit of variety to the rest of the album. “Behind Your Eyes” has a honky-style jangle that talks of the security and safety that lays in the one you love. Wonderfully southern rock style riffs adorn the track and layer very nicely. “When You Get Down” provides a Blues Traveler and Counting Crows level of songwriting and instrumentation. It has a hooky chorus which could make anyone feel like dancing. “God Loves A Hell Of A Man” rocks like a Mazzy Star song would if it were written by The Meat Puppets and Wilco. The riffs are unimaginably captivating and the vocal harmonies ring like a choir of Midwestern Angels. “Music Is Love” is an incredibly hokey, yet heartfelt piano piece and opens much how “Ashes of American Flags” off of Yankee Hotel Foxtrot by Wilco ends. The sentimentality of the penultimate track spills over into the closing track, “Healed,” which perfectly bookends the album. “Healed” is a pleasant reprise of the previous tracks “Heal You” and “Heal Me.” The multiple harmonies are a choir of joy and rapture that is the catharsis, the album was seeking from the first second.

Heal is a concept album that embodies the sentimentality of healing, relationships, age, and 90’s era nostalgia that the wasteland of the digital age has been deprived of.