The old saying goes that you can lead a horse to water, but you can’t make him drink. That timeworn truism comes to mind while listening to Wood’s single “Shelter.” The chorus is actually a question: “Will you run to me?” 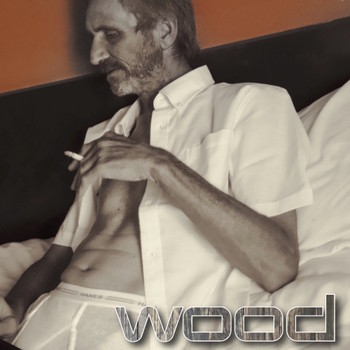 There are few situations more difficult than being willing and able to help someone in trouble that won’t reach out to you for the help. We don’t know if this unstable one eventually runs to him or not; we can only hope he or she reached out in time.

The song has a kind of gospel feel to it. In fact, if you listened to it picturing God as the one offering shelter, the song would also fit into a religious context. The verses talk about how there’s a storm, and the shelter offered is shelter from that oncoming bad weather conditions.

The song is a stripped-down rock song. Its urgent vocal is placed over an insistent electric guitar groove. It’s not an overly complicated arrangement. It’s more about the passion of the message, than any sonic complexities. The vocal is soulful and powerful. This is not a generalized statement about offering shelter from a storm, either. No, it’s clear this is a specific person facing a specific storm that Wood is singing about.

One song that comes to mind when listening to “Shelter,” is probably not one its creators would appreciate referencing: Rick Springfield’s “Jessie’s Girl.” That hit for the soap opera star-turned-pop star, was all about jealousy – not exactly a life-threatening circumstance. However, the song’s riff, along with the track’s passionate vocal, gives it a strong similarity to Springfield’s one hit – for better or worse.

It’s difficult, when discussing this song, to get away from another Spring: Springsteen. Vocalist Ryan Guanzon, who doesn’t really sound much like The Boss, nevertheless invests this song with life-threatened passion. Heck, one member in this Minnesota group’s publicity photo is even wearing a Greetings From Asbury Park t-shirt, which was a Bruce Springsteen album title. Much like with the Beatles, almost every rock act worth its salt has been inspired – whether directly or indirectly – by Bruce Springsteen.

“Shelter” is, best of all, a song of substance. Another band that comes to mind, and in a positive way, is Gin Blossoms. Much like that act’s “Hey Jealousy” hit, this is a song that unapologetically wears its heart on its sleeve. This isn’t poetry, stocked with vague symbolism. No, this is, ‘let’s get straight to the point and deal with the situation’ music. Done poorly, such sentiments can sometimes feel awkward. But done well, as it’s done here, it’s effective and touching. The listener feels like he/she is watching a movie, where one brave soul is attempting to save a troubled soul. You’re rooting for the brave one to reach the troubled one, as well as for the troubled one to reach out to the brave one. There’s a tension built into the track that keeps the listener on the edge of his/her seat.

It’s always heartening to hear a song that’s not about hooking up or bragging about sexual prowess. Instead, this is a song dedicated to one’s human empathy for another, which is a big reason to recommend it.