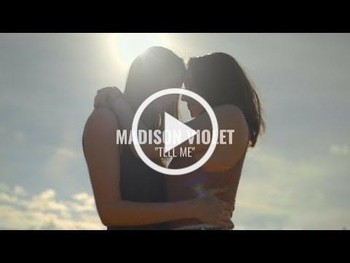 Madison Violet share the stunning new video for their single “Tell Me” – shot in Joshua Tree and directed by Jillian Martin, who was recently featured in Adweek’s 2018 Creative 100 as an emerging director to watch. In 1999, Brenley MacEachern and Lisa MacIsaac met in Toronto. They instantly formed a band and became a couple. By recommendation of some industry folk, they were told that they should hide their sexuality and their relationship (which they did so for many years of their career). So, they ran away to the desert with their guitars in tow and wrote their first record. This video is a glimpse into their adventures and misadventures on that first road trip together. Watch and share the video here.

Celebrating 20 years together, the Juno nominated singer-songwriting duo will kick off the Western Canadian leg of the Everything’s Shifting tour on April 3rd, before heading over to the UK in May. All Canadian dates can be found below and full tour details are at –