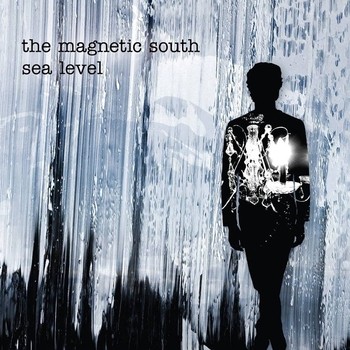 The Magnetic South dispenses a unique blend of instrumental psychedelia and neo-progressive enigmas influenced by postmodernity in their exciting debut album, Sea Level, and the seven songs that it brings to the table. In the title track, “My Sun,” “Sunrise and Gravity” and the mountain-moving “Porcelain Branches,” the band pushes the sonic envelope as far away from the mainstream rock n’ roll model as possible without devolving into industrial sludge. Their experimentations have no limits here, and while I’ve heard a lot of really edgy rock records this month, this is definitely among the more provocative in tone and construction.

As much as Sea Level strikes me as more of an experimental exercise than a statement piece, the album isn’t totally devoid of traditional designs. “Zombie Death Grip” and “Faceless” are probably the most conventional of all the songs here, but they’re by no means any less unpredictable rhythmically than the five tracks that join them are. There’s a warm radiance in the string play throughout the album that ties it to some sense of hard rock familiarity, and I think that by the band choosing to use what I assume to be tube amplification, they really make the most of what are already supersized riffs.

The drums make a huge impression on the narrative in “Sunrise and Gravity,” “The Sun” and the title track, and though they’re only one of the components in the majestic music that each of these songs emits from our stereos, they tend to steal the limelight for themselves whenever there’s a lull in the bassline. Sea Level isn’t entirely about brawn; there’s a lot of brains involved in the mathy concept behind the structure for “Sunrise and Gravity,” as well as the walloping “Porcelain Branches,” but neither ever becomes so intellectual in nature that more casual fans would feel repelled by the intricacies.

Regardless of where we find it in the LP, the vocal that dishes out all of the lyrical luster in Sea Level creates an evocative contrast in the grander scheme of things that is a staple of this record’s success. At first glance, I found it to be way too loud in the master mix in the song “Faceless,” but after repeat listens I found that my initial judgementmight have been made in haste. You see, relative to the other tracks here, the vocal is absurdly prominent in “Faceless,” but it doesn’t intrude on the instrumental portion of the song at all. Perspective is everything, and Sea Level is multidimensional enough to provide us with a few different viewpoints to appreciate all of its many complexities.

2019 is starting to look and feel like an even bigger year for new music in rock and metal than what we saw in 2019, and The Magnetic South’s Sea Level is certainly one of the shinier stars I’ve had the chance to review so far in terms of debut LPs. The mainstream side of the dial might be letting us down more than it used to nowadays, but in the underground, bands like this one are keeping the true flame of rock alive with records that rouse our interests in the way that Sea Level does in every spin it’s given.