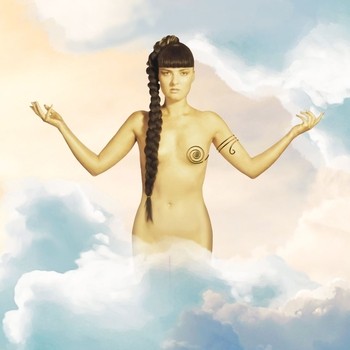 Inspired by artists such as Lana Del Rey, The Slow Show, London Grammar and Pink Floyd. Heart of the melancholy is writer and singer Belle. As a girl ignited by Vanessa-Mae’s performance of Vivaldi’s Storm and formed as a woman at the Vocal Institute in Copenhagen, Denmark, Europe’s largest institute for pro and semi-pro singers.

Now, Belle And The Beats release new single Qetesh. Qetesh is a goddess who was adopted during the late Bronze Age from the religion of Canaan into the ancient Egyptian religion during the New Kingdom. She was a fertility goddess of sacred ecstasy and sexual pleasure and became a popular deity. The name was probably vocalized by Egyptians as Qātiša, from the Semitic root Q-D-Š meaning ‘holy’. Her city of worship was Qadesh in present-day Syria. On stele representing the deity, Qetesh is represented as a frontal nude standing on a lion, often between Min of Egypt and the Canaanite warrior god Resheph. She holds a snake in one hand and a bouquet of lotus flowers in the other as symbols of creation.

Belle and The Beats released their debut EP ‘Lose Your Feathers’ in 2018. The singles ‘Soldier Of The Night’ and ‘Deeper’ got picked up by a large collection of international blogs and had airplay in the Netherlands, Belgium, Luxemburg, Germany, France, Switzerland, Canada, The United States and Australia.