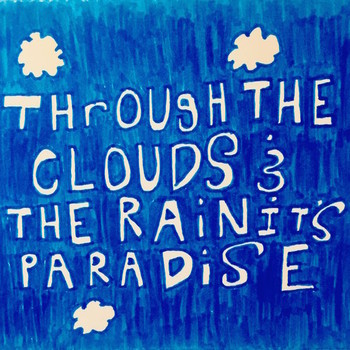 One of the Showcase performers at this year’s SXSW festival, Buenos Diaz demonstrates his incredible skillset in the all new single “Through The Clouds & The Rain It’s Paradise.” Right from the get-go, listeners are entranced by the brooding string play that guides the rhythm of the track along delicately, emitting an evocative reverberation in its wake. Diaz’s elegant vocal is at the center of everything, bonding itself to the decadent guitar parts and leaving just enough room for the percussion to frame the melody in a wickedly addictive pop hook. This is some of the smartest indie rock I’ve heard this year, and it’s coming from an artist who deserves all of the buzz he’s been attracting.

The grooves here are supple and loose, but the string arrangement is as tight and focused as they come without straight-up suffocating all of the other elements in the master mix. The rhythm pendulously sways in cadence with Diaz’s lush verses, but it never takes a backseat to the textured musicality of the harmonies it’s accompanied by. Despite the fact that there are a lot of components working in perfect synchronicity in “Through The Clouds & The Rain It’s Paradise,” we never become overwhelmed by the complexities of the composition as a whole.

Buenos Diaz utilizes a light and airy master mix in this song, which allows for us to fully appreciate the natural tonality present both in his singing as well as in the instrumentation swirling around it. I think that, were he to have used a more physical mix, some of the organic sparkle in his opulent vocal timbre might have been a bit slighted in the grander scheme of things, which if you ask me, would have been as close to a criminal offence as one can commit within the context of recording a single.

You don’t have to be a committed audiophile to recognize just how much soul Diaz has in his voice when he croons these lyrics, as the main melody in “Through The Clouds & The Rain It’s Paradise” exploits it for all that it’s worth. His vocal track is presented to us gracefully and free from the bassline’s intrusive strut, which occasionally becomes rather rambunctious as we near the conclusion of the song. Diaz gets a lot of credit for his songwriting capabilities, but he deserves just as much adulation for his pristine set of pipes and the depth of emotion that they impart to us in soft rocking ballads like this one.

A deeply talented singer/songwriter with a lot of undeniable potential moving forward in his career, Buenos Diaz shines like the diamond in the rough that he really is in this latest single. To a certain extent, “Through The Clouds & The Rain It’s Paradise” goes a long way to solidifying Diaz’s status as one of the premier performers of his scene, but moreover, I think that it introduces audiences to a crisp variety of indie rock that he intends on making his own. He’s well on his way to breaking into the mainstream, and this single is proof of his professional prowess.