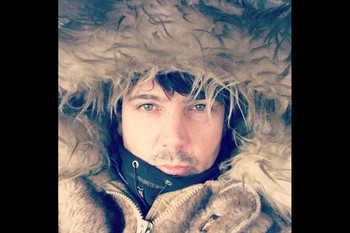 If you’ve ever felt lost in the rat race (and who hasn’t?), we’ve got a video for you. We think you’ll relate to the beleaguered but ultimately defiant characters in “Diamonds N Shadows,” the latest clip from the outspoken London singer-songwriter Dar.Ra. When we say they’re rats in a suburban cage, we’re not just speaking figuratively. The actors in Brendan McGowan’s witty, tricky, subversive clip look just like typical upper-middle-class subdivision dwellers; well, except for their giant mouse heads. They’re caught in a comfortable rodent society – and when they realize it’s a dead end, they’re moved to burn it all down.

Dar.Ra’s music doesn’t always prompt such radical action in the people who hear it, but it does tend to get listeners thinking. Dirty Lil Secrets, his 2018 EP, was a collection of barbed stories: tales designed to open the eyes and ears of those content to sleepwalk through their days. Like most of the projects that Dar.Ra has done since the ‘90s – he’s been a pop producer, a rock performer, a dance music remixer, and many other things – Secrets consisted of productive collisions, juxtapositions between styles, and inspired provocations. He’s carried that fire into New Kinda Normal, his latest set. It’s his most direct, most honest, most soulful, and most uncompromising recording yet, and “Diamonds N Shadows” is its propulsive centerpiece.