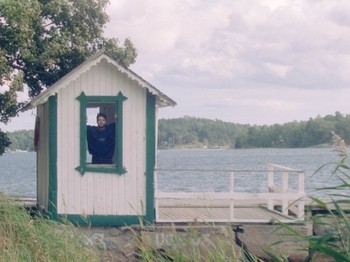 Speaking on the the video, Chez Ali said: “Since this is my first music video, Matteus (video director: Matteus Kurpiel) thought it would be fitting to use Vaxholm as a background when introducing Chez Ali – as a nod to where I’m from. And to expand on that idea, I thought it would be fun to include my sister Wasima in the video because she’s been my ride or die since the start. The video is essentially a love letter/homage to my roots.”

Recalling where his influences lie, Chez Ali added: “It’s actually my oldest sister that has influenced me the most. Ever since I can remember, there’s been a variety of hip hop and RnB blasting from her room, which I of course picked up. I’ve always been fascinated with the smoothness of RnB, which is something I strive for today.”