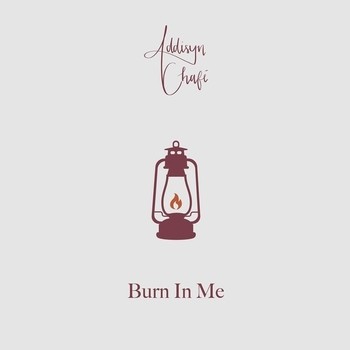 Addisyn Chafé’s “Burn In Me” is truly a slow burn track. Built upon a lumbering, yet simmering groove, Chafé sings this one somewhat like an old school torch singer. The arrangement is modern, but the approach is beautifully retro.

It’s not a torch song, even though it features a fire theme, however. Rather, this is a modern worship song, believe it or not. Chafé describes herself as a” singer-songwriter, worship leader,” and “Burn In Me” is certainly not your grandparent’s — let alone your parent’s — worship music. Whereas hymns of old had a distinctly churchy vibe running through them, and worship music of our recent past had a middle-of-the-road-music meets church-choir-remnant feel, Chafé’s music could hardly sound any more modern.

Truth be told, this song sounded like a sexy love song upon the first few listens. Is this a good thing? Well, it’s likely your grandparents wouldn’t approve. Then again, your grandparents may not know all the Hillsong and Bethel’s worship songs. These two churches/worship music creators provide many of the most popular Sunday morning songs these days. Their inspirations are not the hymnists of the church’s past, however. Instead, they’ve taken their queues from pop-rock artists, like Coldplay and U2.

With that said, though, Chafé’s music is radical, even when compared to Hillsong and Bethel. There is an emotional longing in her voice that – quite frankly – that could be easily confused with sexual tension. That may be shocking to some, but the line between sexual and spiritual joy has long been a blurred one. Sam Cooke, Marvin Gaye and Prince were all artists that – whether intentionally or not – mixed the secular with the spiritual. The Reverend Al Green, one of the all-time great soul singers, only sang gospel music for a time. One night, while playing at a Christian music night at Disneyland, Green began to work up a sweat. So much so, in fact, he needed to take off his suitcoat. When he did so, many in the audience whooped and hollered. It was a truly sexual moment. Green never intended to turn his gospel songs into sexy turn-ons, but he is what he is. For years, he’s been a sex symbol. You can’t just turn that off like a light switch.

Chafé’s situation is different, of course. For starters, she’s a woman. Secondly, she’s a young woman just beginning her musical career. She doesn’t have all the baggage Green carries with him. One wonders if she’s even aware of how her singing style impacts listeners. Once you get past the sound of Chafé’s song, you can focus on the lyrics. These words center on the fire of the Holy Spirit and her desire to make herself one with God’s purposes. Although it would be difficult to imagine congregational singing of this song, it might make for effective quiet time headphone music.

Music is constantly evolving, and a song like this one may just touch a nerve with people that just can’t get down with typical church music. Those that enjoy quiet storm R&B music will appreciate this song, even if they don’t know what it’s about. No matter how you view it, though, “Burn In Me” is hot.