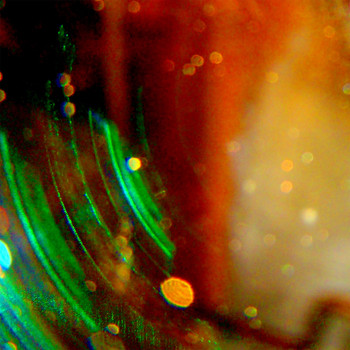 With a nimble gallop, a lightly overdriven guitar comes driving out of the silence in “Sawtell,” the first track in Scatter Swept’s inspired new collaboration Modern Remains. Its strings seem to sway like a pendulum warning us that time is running out, but their urgency is met with resistance in a bassline that is only growing bigger by the second. Hollow drums season the song and provide a foundational bridge for us to enter “Already Moving Away,” which wastes no time in dispensing a psychedelic-tinged melody that is as soft as silk but comes to us saturated in an underlying hostility that is initially unshakable. Its threatening demeanor is broken up by an angelic vocal, and as we progress towards “Be a Certain Number,” it becomes clear that Brookhaven-Scatter Swept have only just begun to unleash their gravity-altering sonic command unto us.

“Be a Certain Number” blossoms slowly over the four minutes of acrylic textures that it has to share with us, and by the time we reach “Path in the Dark” and the track’s drifting strings, it’s like we’re exiting a humid sauna and returning to a much drier climate. “Path in the Dark” comes to life like a symphony, drowning us in its crisp melody before pulling out all the stops and devolving into a fuzzy hurricane of tonality. It primes us for the black and white conceptualism of “Centerform,” but to be fair, nothing could ever completely prepare us for the crushingly tight arrangement of the latter song (or for that matter the emotion that it packs without ever speaking directly to us).

Modern Remains gets heavier in its second act, which is kicked off by the mathy “No Focus” before taking us into the thunderous grooves of “Concolor.” “Concolor” is one of the most cutting songs on the whole album, but it isn’t because of its rejection of pop’s predictably contrived song structures. This track gluttonously produces so much feedback that is then manipulated into a melodic rhythm in its own right, and while it might lack the fever pitch that makes “I Write for No One” shine, it’s nonetheless an uplifting, emotional song that craters us with its sincerity. Brookhaven-Scatter Swept would be doing a grave disservice to the public if they don’t take this album out on the road and play it for us live – if it’s this spellbinding when heard through my headphones, I can only imagine how quaking it would be in person.

We come to a poignant conclusion with the lumbering bass of “Until I Learn Your Name Again,” which churns gently but emits a dynamic harmony that will haunt your dreams long after the record has stopped playing. I was expecting a lot out of this release from Brookhaven-Scatter Swept, but I never anticipated being as consumed with the musical might thatModern Remains imparts to us as I’ve admittedly become. This is seamless songcraft incarnate; an unparalleled amalgamation of a sound that two bands have brilliantly learned to master and utilize better than almost anyone else can. There’s no other way to say it – Modern Remains is a five-star album that belongs on your stereo.