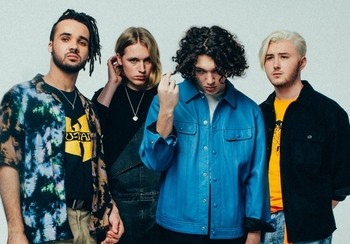 The new song features bright synths, 80s-inspired guitars and a huge chorus showcasing their knack for intelligent songwriting and delicious pop hooks reminiscent of the likes of CHVRCHES, The 1975 and Pale Waves.

Regarding the single frontman Josh Noble says, “‘TV Dream’ was inspired by my grandparents; the idea that romance and dancing has lost its appeal and vigour from what it used to be. Instead, when we turn on the TV we see these visions of gender inequality, and blaming sexism on the way people dress. I loved combining such a blissful story of romance with a more serious tone of being influenced by the modern media.”