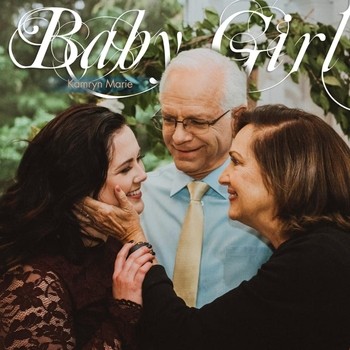 Anyone who has ever wondered how it could be possible to translate an emotion as difficult to describe as eternal love into an intrepid melody that knows no boundaries would do well to give “Baby Girl,” the latest single from Kamryn Marie, a spin this February. In this ballad, Marie examines a scene from her own life – her father’s hesitance over losing his little girl to the man who wishes to be her husband. His fear isn’t steeped in resentment or anger; it’s rooted in his undying love for this human being that he literally made from scratch. Marie doesn’t draw from stereotypical wells or employ jaded metaphors in this discussion of familial kinship. Instead, there’s only her trademark homespun lyricism, which comes to us punctuated with her most confident and colorful of harmonies released thus far. Emotions run high in this single, especially for anyone with a father-daughter relationship of their own, and while Kamryn Marie doesn’t do anything here that we didn’t already know her to do better than most any of her contemporaries, she does impart a side of her multidimensional personality in this track that is perhaps the most intimate of any we’ve been treated to in her respectable body of work so far.

“Baby Girl” sports a very muscular mix, but none of the music that it contains is executed with any sort of aggressiveness. Marie takes the time to evenly distribute her cathartic crooning across the whole of the song, rather than concentrating the entire melodic climax around the chorus or a specific verse. Her attention to detail alone makes this song a worthy acquisition for anyone who loves solid, sublimely produced pop music. There’s so much going on just beneath the surface of the bassline that it could be described as chaos flanked with rich tonality, but it never spills out of the stereo and grates on our nerves. The master mix is even-keeled, generous with the vocal track and conservative with the instrumentation, allowing for the lion’s share of the spotlight to remain transfixed on the most important element of the entire song – Kamryn Marie herself.

A warm and inviting track that also stands as the first real breakout single of 2019, Kamryn Marie’s “Baby Girl” is an immaculate slab of pop magic that doesn’t demand a lot from us as listeners in exchange for the unexaggerated slew of positive emotions that it inspires (not to mention the rollicking rhythm that it leaves in its wake). I’m not the only critic who hasn’t been able to get enough of her work lately – all things considered, the momentum that Marie’s music has right now is among the strongest in her scene, and appears to be more than powerful enough to carry her all the way into the limelight of the mainstream. I think that while her ascent is likely inevitable, there’s still a lot of ground that she’s got left to cover – though there’s not a doubt in my mind that her artistic evolution won’t be plateauing anytime soon. Any way you slice it, “Baby Girl” is yet another winner for this seriously talented artist.